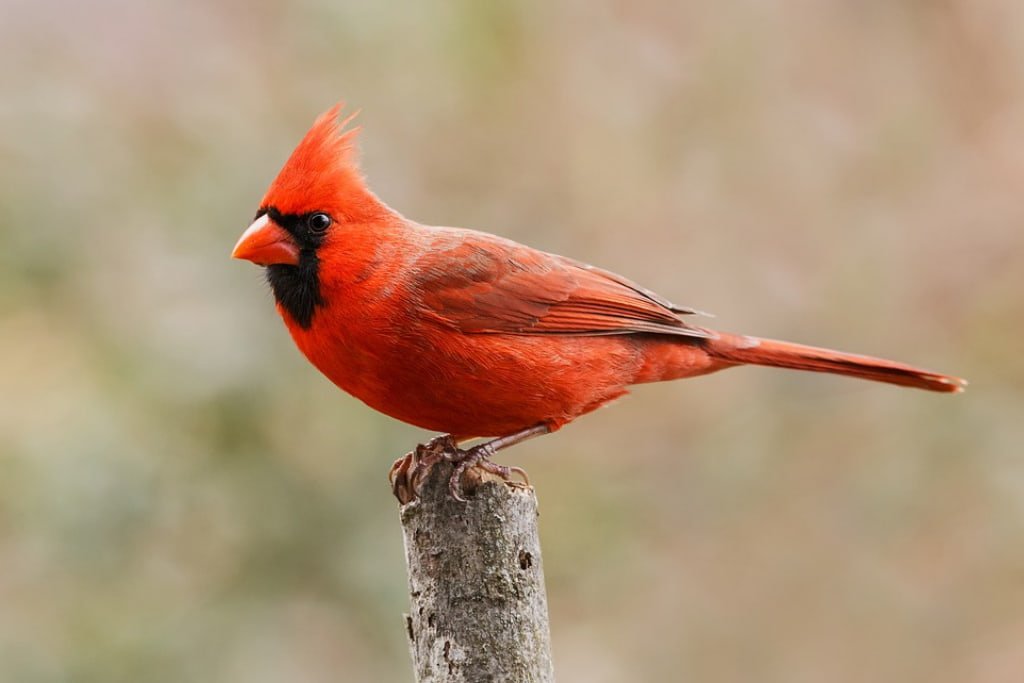 In the year of 1943, North Carolina decided to name it’s state bird. For their state bird they chose the Northern Cardinal (Cardinalis cardinalis). This bird is medium in size and their feathers are crimson red in colour. They generally breed in the swamps, city parks, woodlands and urban areas of North Carolina. 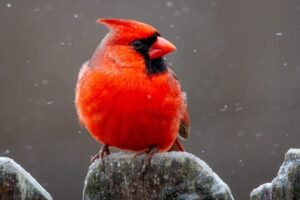 A male northern cardinal perched on a fence in the snow.

Why is the Northern Cardinal the state bird for North Carolina?

The North Carolina has given this bird the state bird title for its services that it provides to the state. It keeps their farms safe from harmful animals and plants. By eating the insects and weed seeds in the garden it keeps it safe. The value of the state bird has been seen in the North Carolina General Statutes Chapter 145, Section 145-2.

When did the Northern Cardinal become the state bird of North Carolina?

North Carolina did not decide to name it’s state bird till 1943. But after a lengthy period of waiting for state symbols to be designated, it took this step. Illinois, Indiana, Kentucky, Virginia, Ohio, and West Virginia all these places have named Northern Cardinal as their state bird.

In 1943 the legislation made it mandatory as North Carolina had always been fond for a colourful songbird who lives in their state all year, to be their state bird. For choosing this name the North Carolina Bird Club conducted a public opinion poll. 23000 people voted  for 26 bird candidates. Northern Cardinal won it with 5000 votes. On their advice the state legislature came to this conclusion as per NCPedia.org. 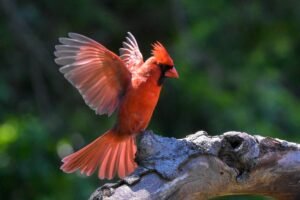 What does the North Carolina state bird look like?

The Northern Cardinal males have vivid crimson red feathers, while females have reddish-brown feathers. Both sexes of these birds reach roughly the same size. Physically, the two sexes of the bird look very similar to each other as well. Both sexes have a black bill that is easily identified.

The Northern Cardinal is eight to nine inches long from top to bottom, with a width of the wings of 10 to 12 inches. North Cardinal are small birds that weights only 1.4 ounces to 1.7 ounces.

How do these Northern Cardinals behave?

Northern Cardinals are not pet birds and do well in wild like shrubbery. They have a life span of approximately 13 to 15 years. They find their partner and then build a nest. As they are songbirds they sing for communication with their mate. They incubate their eggs for 11 to 13 days, while the mother protects the nest, the father goes hunting food. When the children come out the food requirement increases.

Both the male and female cardinal make communication sounds like “purty-purty-purty” or “cheer-cheer-cheer,” when they are separated for hunting. As the baby cardinals do not hatch with full feathers they require their mother to defend them from the predators. Therefore, the females are seen less than the males. While males are busy hunting food, females protect their children. 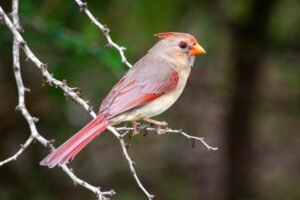 Northern Cardinals live like mockingbirds with their family whom they protect viciously. The Cardinals are born fighters and they are ready to defeat their predators for their region and family. If you do not want yourself to be attacked by a cardinal, do not approach a cardinal’s nest. The male cardinals also protect their breeding territory from their species of anyone tries to invade it. Often they also try to attack their reflection in mirror or glass windows.

Cardinals have an ability to recognize their species members, other animals as well as humans. Despite having tiny brains they are not stupid.

What do Northern Cardinals eat?

Northern Cardinals are carnivores birds that enjoy feeding on insects and weed seeds like Mockingbird. Farmers love these birds as they protect their farms from crop damaging insects. These birds do not migrate and enjoy the food available in their area. They love to eat sunflower seeds. 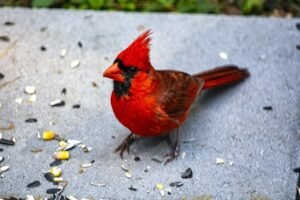 How Much Should A Puppy Sleep?