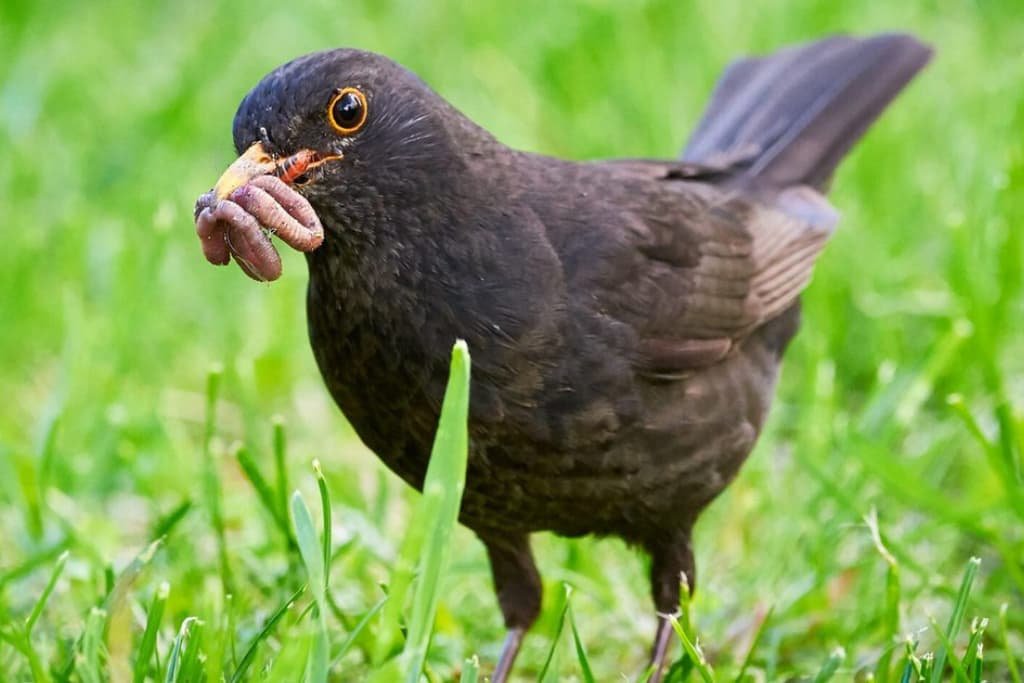 Are Birds Omnivores?- As we know that, with over many 1000 species of birds in the earth, the diets of all birds vary tremendously. But could you imagine which birds are omnivores?

Many species of birds are omnivores and they all eat different food which also depend on the availability and their habitat. Some birds which are omnivores are ducks, blackbirds, cranes, pheasants, gulls, robins, starlings and chickens. Some of them are stronger omnivores than others and they all will eat plant-based and animal-based foods. 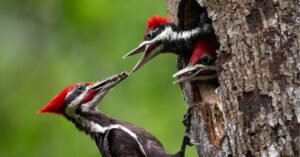 What is an Omnivore?

Omni- meaning “all, everything”

And vorare – meaning “to devour”.

Omnivore are those animals and birds that has the ability to eat and survive on both plant and animal.

What do omnivorous birds eat?

Food an omnivorous bird accordance with their habitat and food sources available in their areas.

To be considered as an omnivore the diet does need to contain some amounts of both meat(animal) and herbs as foods.

The chick and juvenile stage of this lives may eat different diets. Younger birds mainly eat nutritious food, which helps them in their development & growth. 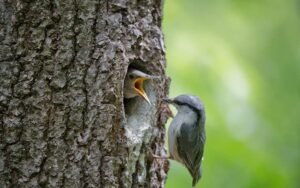 Which birds are Omnivores?

Most of the birds are omnivores, as they consume insects to fulfill amounts of protein which are necessary for them.

But birds that only eat less animal materials and eat mostly plant-based food are generally not classified under omnivores birds.

Are birds omnivores all year round?

No, they have to change their food pattern on the basis of availability of food sources. This means they change their diet according to season and availability. As for example during spring season insects are available in plenty which makes it as a primary source of food that time.

In summer season omnivorous birds often feed on fruits because insect populations can begin to decline. Grains and seeds can also be consumed by them on regular basis as they are generally more available in summer.

In Winter season these birds will eat most of the things because of scarcity of foods during winter. Many birds can also store food for example seeds and grains are generally stored by them. They can eat variable food that leads to a greater chance of survival. These birds are resident in one area and do not want to migrate other places during winter months.

Omnivorous birds diet not only based on the weather also during the season of breeding, female birds eat those foods which contain more calcium. This keeps good and healthier development of their eggs.

When birds are molting, animal-based foods are necessary to meet higher levels of protein and nutrients which helps in development and growth of new feathers.

Birds that want to migrate need diets high in calorie and fats so that they complete long-distance migrations successfully.

Chicks and also juvenile birds eat more animals’ materials for high level of nutrients which are required for their development and growth.

What to feed omnivorous birds in the garden and backyard?

You can feed them mixture of both animal-based foods because of their varied diet. In this way your feeder will have lot of things that attract many hungry birds.

If we talk about animal-based foods, include crickets and mealworms in their diet. If you minimize the number of insecticides in your garden then there is an abundance of insects for birds that will attract then birds hunt them to eat.

In plant-based you can give seeds like sunflower seeds, nigar seeds, plant hutter and also pieces of fruits, burry bushes or some matured flowers.

If you can give birds mix of the above will not only help birds to fulfill great source of protein but will also attract diversity of the bird species. That’s why you have to keep different types of feeders which help to attract more birds.

You have to ensure that feeders are cleaned to stop the spreading of any kind disease. 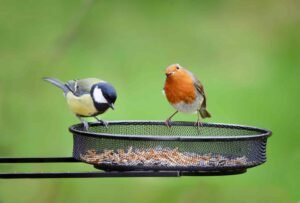 Birds feeding on a selection of food in winter

Eagles are not omnivores. They are generally classified under carnivores because their eating habit mainly based on of other animals. In very rare case, Eagles can eat vegetation to prevent starvation or help with digestion problem. Eagles’ diets generally include meats.

Owls will rarely consume vegetation to prevent starvation when there is scarcity in their area. Vegetation can also be used by them sometimes to help with digestion but this is rare and unusual behavior of them.

Are all birds of prey omnivorous?

They are all classified as carnivorous because they mainly eat meat of other animals. They can hunt reptiles, mammals, other birds for their food to eat.

Is a bird a herbivore, carnivore or omnivore?

Yes, this is possible that birds can be either herbivore, carnivores or omnivores. Birds that eat only vegetation (e.g., Hoatzins) are herbivores, birds that eat a mixture of vegetation and meat (e.g., crows and Ducks) are omnivores and birds that only eat animals (e.g., Eagles and hawks) are come under carnivores.

What Do Mourning Doves Eat?