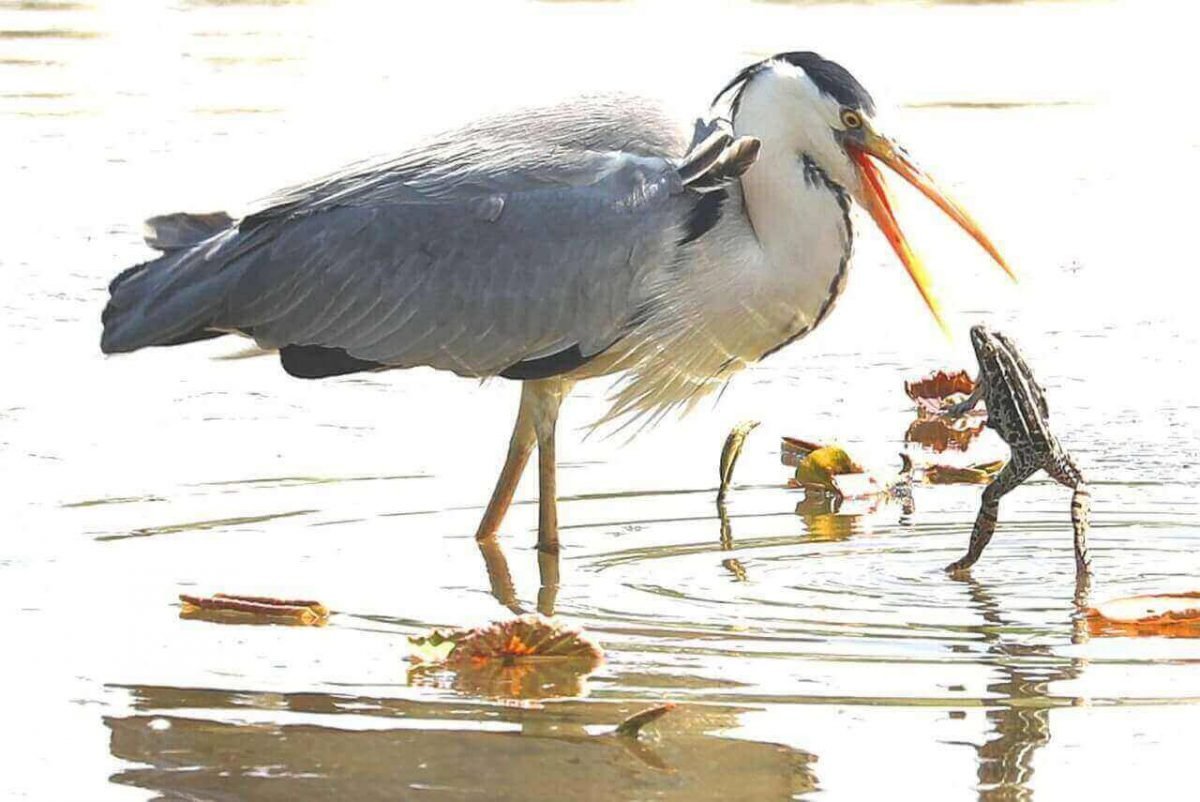 There are many wading birds such as herons, storks and egrets commonly eat frogs. Some other fishing birds such as king fishers and members of the gull family will also eat frogs. There are also some commonly known birds as for example hawks, swans, ducks, crows and owls will consume frogs when given the opportunity to do so.

Buzzards will take frogs for food on regular basis and for some birds, frogs are substantial part of their diets.

Habitat also plays a big role that which birds will consume frogs. Birds that live around freshwater eat a variety of frogs, both small and large can vary depending on the size of the bird. 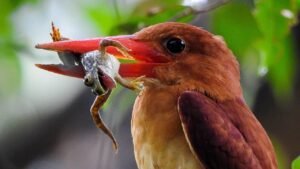 Yes, Baby frogs, tadpoles and tadpoles and froglets are all consumed by birds. They are much easier for the birds to catch and easy targets for birds.

Do birds of prey eat frogs?

Birds of prey consume frogs as part of their diets. As for example many different types of Eagles, owls and hawks.

Frogs are good source of nutrition for bigger types of birds.

Birds will not eat any poisonous frogs, as it can be lethal to them and can result in their death. There is a marking on frogs that are essentially a message to predators that they are not worth killing, they are poisonous.

The majority of these type of frogs can only be found in parts of central and south America. Birds in this part of the world already know that the bright color marking of these frogs are a signal of these are poisonous to and they avoid catching them.

Frogs’ eggs are tiny and also do not provide much nutritional vale to birds that’s why birds won’t consume them.

Some common threats and predators to frogs’ eggs include dragonflies, newts, and leeches. Some other insects also consume the eggs of frogs.

How do frogs avoid being caught?

There are various methods from which frogs try and escape being eaten by birds, like either jumping into the water, camouflaging into their nearby surroundings. Some frogs will secrete bad testing chemicals on their skin to avoid eaten by birds.

Frogs will also jump high up into trees to escape which will keep them safe away from predators but this doesn’t work for birds.

All frogs have powerful leg muscles, allowing them to jump quickly and they use their legs to jump into the water to escape from predators.