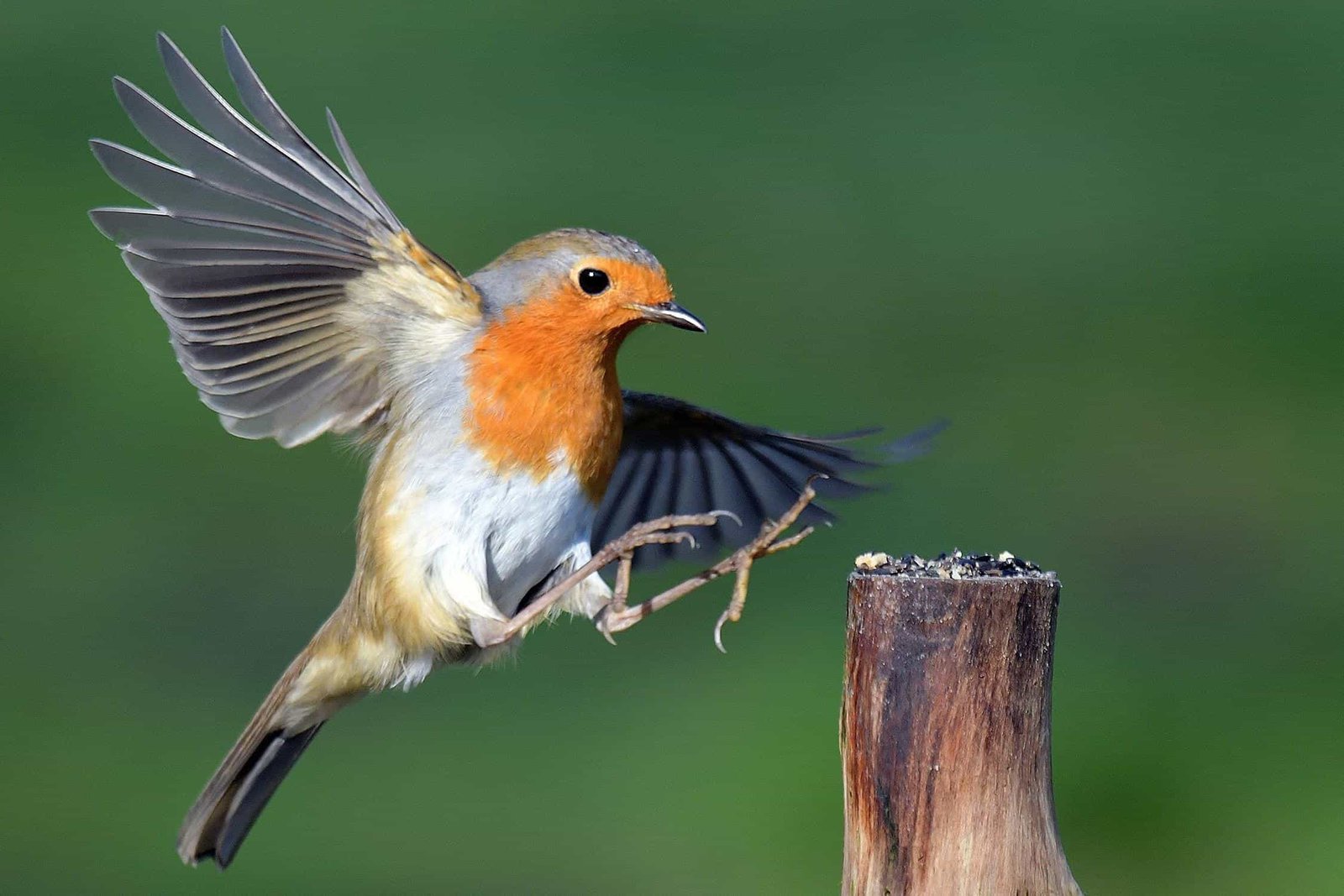 The Robin Bird is a small bird with round chat. It has a large head and two large eyes.

It is distinguished by its striking orange-red bib and this orange-red bib covers its breast and face. This bib is separated from brown upperparts by a band having color of the band is of blue grey.

Male and females both of the robin is the same color. Bill is dark brown, and it also has long legs. When hopping along its leg it can turn a rather slim profile but can also ruffle its feathers and thus it appears portlier.

When we see juveniles, they have a spotted brown head and their underparts are slightly paler than adults. They also lack the red bib which is present on adult for covering the breast and face. 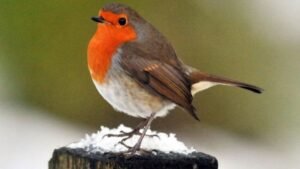 Do Robins have a red breast all year round?

Both sexes have red breasts all year round. Only Juvenile robins do not have a red breast but instead of that they have spotted brown color.

Why do Robins have red breasts?

The colour actually plays a significant role for the birds, not only a delightful sight.

Male robins use their red breasts for a significant purpose like during the breeding season as a way of setting territorial disputes.

Both male and females are sing a series of mellow whistles. Tempo and volume vary and verses are not the same all time.

What does a Robin eat?

Robins feed on insects, like snails, bettles and worms. In some season they will also eat fruit and seeds. Robins are also known as the gardener’s friend. We can see that they will be bury around the fork or shovel seeing what is turned up.

Where can I see Robins?

Generally, they can seen in the garden. They tend to be wary, but not shy in nature. Robins can become very lame. Robins generally prefer coniferous mainly spruce, while in south areas they prefer broad-leaved woodland, parks and gardens. 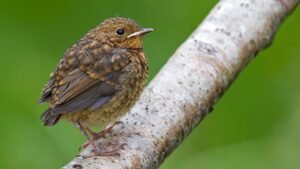 Robins like to spend a lot of their time on the ground foraging. They can be motionless then make a sudden movement, they can stop still and then repeat the same. They enjoy to hop rapidly on the ground with their feet together, and will also curtesy and cock tail. They can be distinguished by their red breast and narrow yellow wing bar.

How does a Robin breed?

In season of mating, generally the female will chase the male until she is accepted by her partner, after which partner rewards her food for her efforts. Robins make their nest in hollow stumps, crevices or in natural/artificial holes. The nest is made up of a base of dead leaves or cup of moss. The Robin lays 4-6 eggs that are white with rusty appearance.

How long do Robins live for?

The average life span of Robins is 2 years. There is higher mortality rate during the first year of Robin life and after this time, their chances of survival increase dramatically means that they can be around for a quite a long time. The oldest recorded age of robin is 19 years old.

In the UK, large population of robins are sedentary, but some will travel to Europe in winter and they can also reach as far south as Spain.

Robins are protected by the Wildlife and Countryside Act 1981.

The most common cause of death of the Robin is being killed by cats. 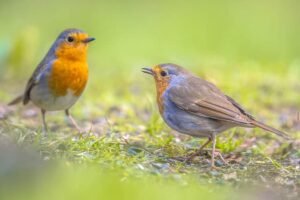 What do you call a group of Robins?

Do you know that in the Victorian age, robin skins were popular adornments for ladies’ hats?

1 thought on “Robin Bird- Facts All You Need to Know”