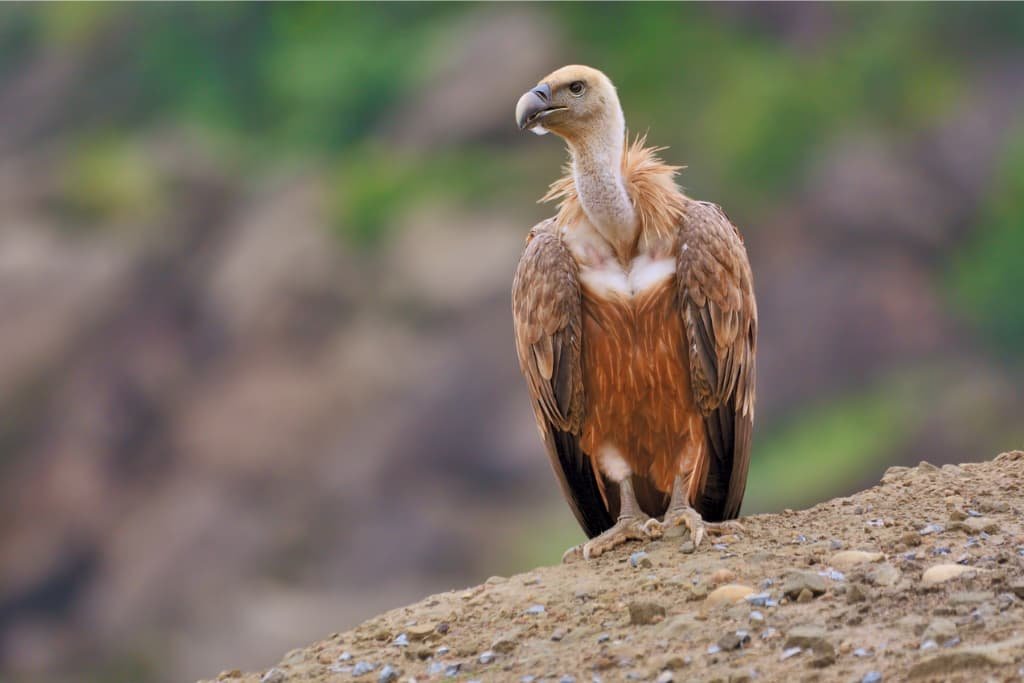 Griffon Vulture is known as the Eurasian Griffon. It has a short tail and also excellent eyesight and in flight can spot anything from a distance in excess of five kilometers.

Griffon vulture is one of the largest birds of Europe. Griffon vulture is an impressive bird and a master in the air. Generally, adults’ birds are looking identical with a white head, neck and ‘feathery’ ruff-like collar. The feathers on the head and neck are short and just above the nape there is ruff highlighting the long neck of the bird. The back coverts are a bold buff brown with the flight feathers and tail being darker brown. Colour of the underwing coverts are a mid-brown with two lighter buff-colored narrow bands. The belly is a chestnut brown in color and all other areas of the underwing are dark brown. In flight the wingtips of Griffon vulture are deeply fingered. Juveniles are similar to adults only difference is that their collar is brown and the back is darker in colour.

The Griffon is a fairly quiet bird, but noisy when feeding or when close to its nest, issuing loud hisses and cackles. 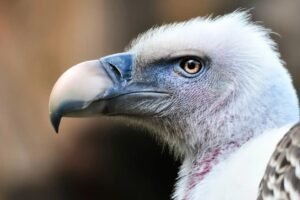 What does a Griffon Vulture eat?

It is known as champion recyclers because it eats carrion. It enjoys to eat internal organs and muscles from dead animals like sheep, cows, goats and deer etc. It also attacks sick or injured live animal when there is food scarcity.

Griffons can be found in the highest density in some countries bordering the Mediterranean and Spain. It can also find in neighboring Mallorca and Menorca. We can also see them in north and sub- Saharan Africa and throughout Asia. Including the Middle East.

Griffon vultures live in large open from cliffs and gorges to mountain regions or can live in low land terraces.

They are superb in flight they catch thermal air currents and fly for large distances. Often seen high in the air circling on a thermal looking out for food. Once one bird sights a meal and descends to eat, others follow immediately to catch feed. When they are eating often be spotted with their heads and long necks deep inside the body cavity of a carcass. 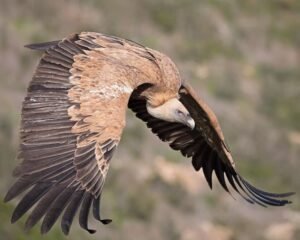 Adults generally pair for continuation of like and during breeding season nest with others of their species and make a small colony of up to twenty pairs. In the past, colonies with over one hundred breeding pairs have been recorded. Their Nests are basic in Structure and normally on a bare ledge or in a small cave. Between December to march one egg is laid by female and incubated by both male and female parents for around fifty to fifty-eight days. Chicks are fed by both parent and fledge at around four months after hatching. Parents will often continue to feed young for another three months.

How long do Griffon Vultures live for?

Lifespan of Griffon vulture is thought to be up to 25-30 years. The maximum recorded lifespan is 41.4 years.