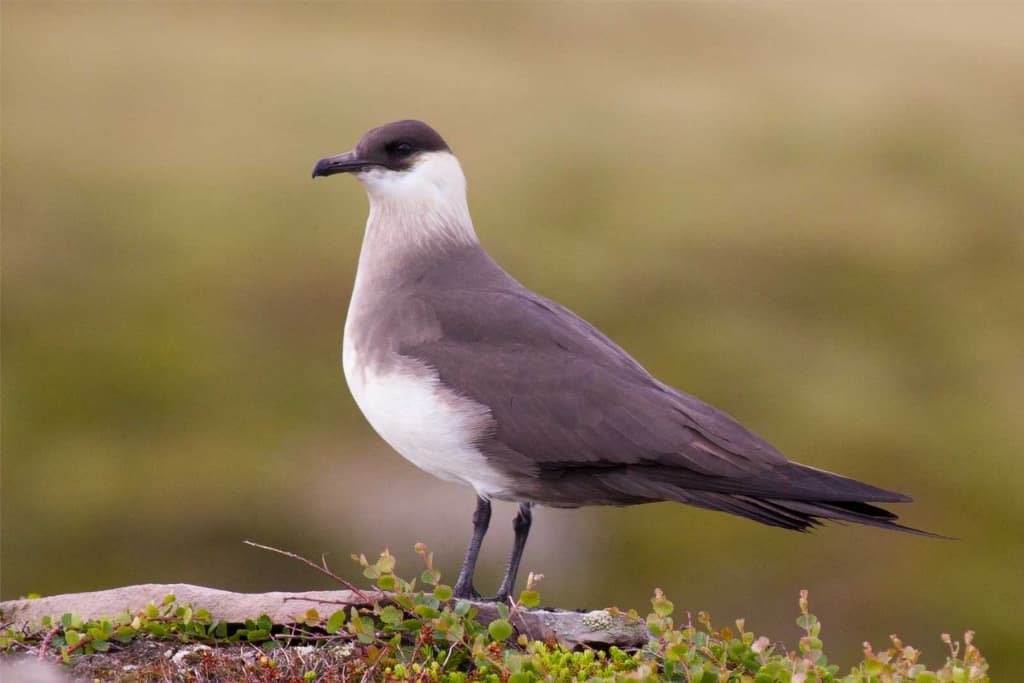 The Arctic Skua, sometimes called the Parasitic Jaeger, is a medium-sized seabird with a reputation for being hostile.

What is the appearance of an Arctic Skua? 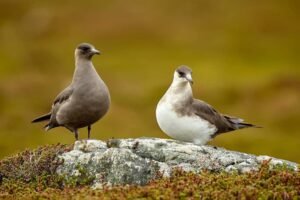 Arctic Skuas may be difficult to spot, especially when they aren’t dressed in their breeding plumage. Adults have two morphs, one for the winter and one for the summer. They have brown upperparts, a black hat, a white collar, and a brown breast band in the winter. This plumage has a dark color and is quite varied. The dark plumage is similar in appearance, but white regions on the underparts and head become brown. The legs and feet are a dark bluish-grey or black, and the beak is virtually black. The mature male and female have the same plumage. The coloration of juvenile Arctic Skuas ranges from light to dark, although the majority are warmly colored with rusty coloring on the flight feather fringes.

What does it sound like to be an Arctic Skua? 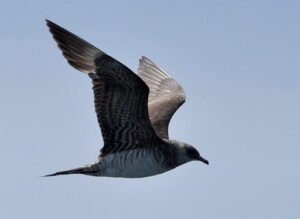 What is the diet of an Arctic Skua?

Fish, other birds, eggs, and rodents are the principal foods of Arctic Skuas, however this varies by breeding population. They’re known as ‘Avian Pirates’ because of their tendency of stealing food from other seabirds, especially wintering birds and birds in the northern Atlantic, which are their principal food supply.

What are the best places to see Arctic Skuas?

During the summer, Arctic Skuas can be spotted on breeding grounds in the Shetland and Orkney Islands, as well as in Scotland’s northern and western coastal moorlands. They are passage migrants who may be seen all over the UK coast in the spring and fall, especially where there are high concentrations of feeding terns. 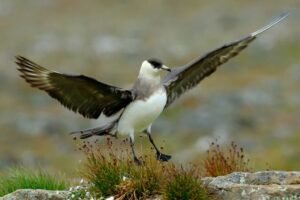 Signs to Look For and How to Spot Them

Male and female adults have identical plumage color and markings, although females are often 15 percent to 20% bigger than males, however this is only seen when birds are in close proximity.

What is the process of breeding an Arctic Skua?

Arctic Skuas will build their nests and breed on grassland, tundra, or moorland, frequently near a seabird colony from which they may steal food, or in an area with low nesting numbers where they can get food from what’s available. The nest is frequently built near water on rocky or sandy ground. During the incubation stage, which lasts about a month, the female will lay a clutch of 1-3 eggs, and both males and females will take turns incubating them. The baby birds will stay with their parents for two to three weeks after they have fledged once they have been born. Parents frequently leave their children unattended when they go food hunting together.

What is the lifespan of Arctic Skuas?

An Arctic Skua’s typical lifespan is roughly 13 years, although they can survive for decades. The oldest person ever documented was 34 years old.