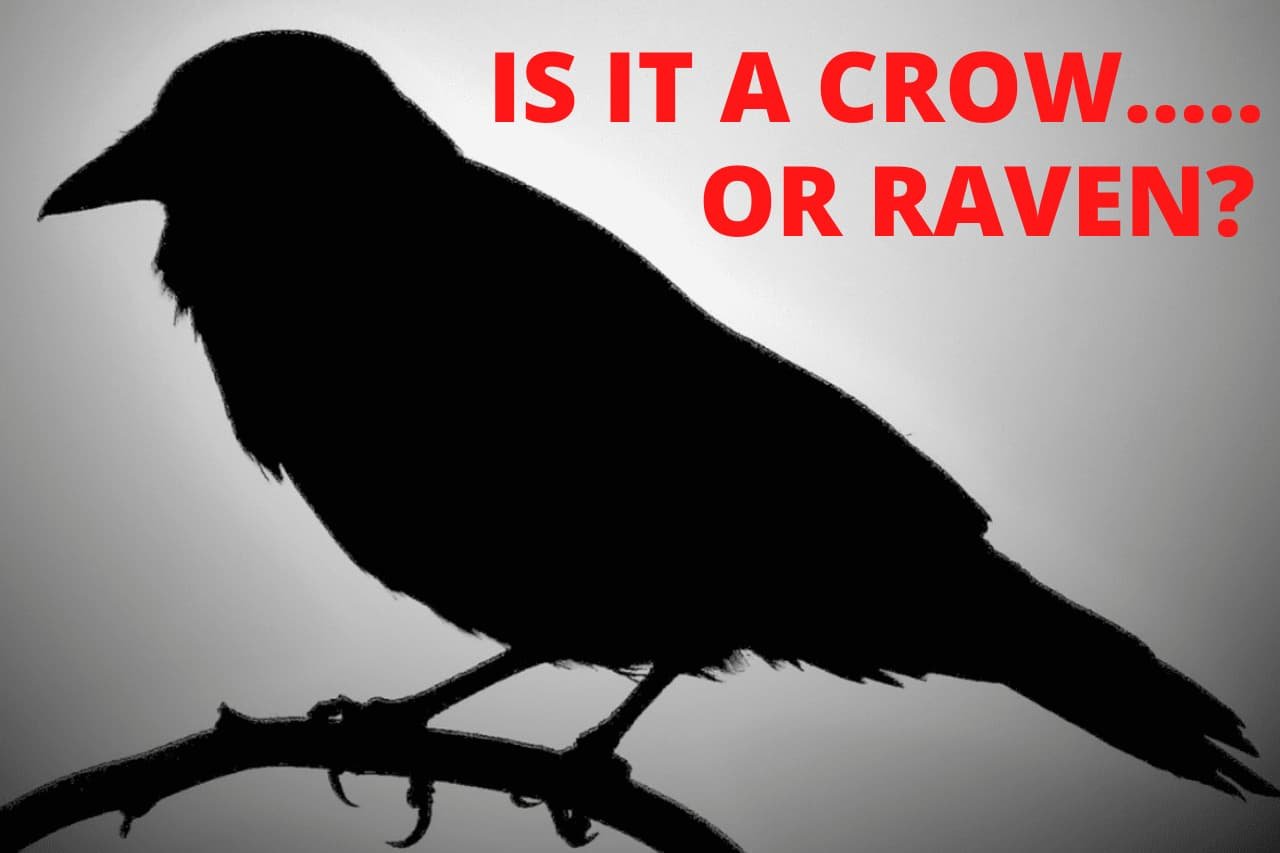 Raven Vs Crow: You might refer to a crow as a raven whenever you see one flying above your head. That’s how similar they look at times to the human eye when we see them individually.

Of course, if you see a crow and a raven sitting right beside each other at a zoo or sanctuary park, you will see some obvious distinctions like their sizes, but to your surprise, there are many more differences. Let’s go ahead and learn about some of them:

So the confusion between ravens and crows is not just by chance; they both belong to the same genus, “Corvus”. This genus has all the birds like crows, ravens, rooks, etc. Both the crow and the raven belong to the family Corvidae. This family includes a variety of medium-sized birds.

Vocalizations of Crow vs Raven 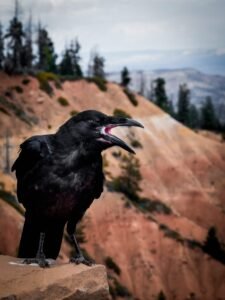 We are familiar with the sound of a crow, somewhat ‘Kaw-Kaw’, a very squeaky voice. The crows have a lighter tone in their voice, and their voices are steeper than those of the ravens. Now compare it to that of the Ravens. It is a bit different. It has a tough base and heaviness in their voices and sounds somewhat like ‘Croooaaak’

What Are Duck Feet Called?

Physical Appearance of Raven and Crow

The main difference in physical appearance is their sizes. You can easily identify that ravens are larger in size, similar to a hawk in comparison to crows. Ravens measure in the range of 24- 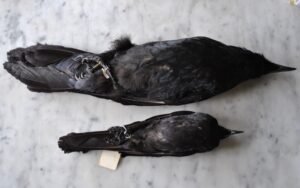 27 inches starting from their head to their tail and 4 inches for the wings, with a weight of 1 kg, compared to crows’ measurements, which are 17 inches from head to tail and 2.5 inches for wings, weighing about 55gms.
The shape of their beaks is another major difference in physical appearance; ravens have much larger and curvier beaks than crows, and their wings are pointed and their tail is wedge-shaped, whereas crows’ wings are blunt and their tail is fan-shaped.

Intelligence of Raven and Crow

Crows are considered one of the smartest birds among the troops. They have the inert power to even remember the faces of people who feed them regularly. They are designed to live in urban environments and have an intelligence that can make them survive in difficult conditions.

Ravens belonging to the same species are also considered one of the smartest species. They have intelligent problem-solving skills as compared to crows, who have great face recognition skills, and ravens are able to solve complex problems that they face for survival.

Both crows and ravens are known to recognize situations of death. They observe such situations and are mainly found in such places.

Diet of Raven and Crow 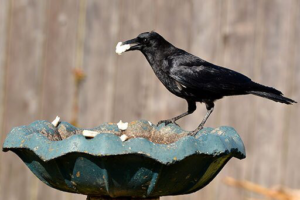 How Fast Can an Ostrich Run? Surprising Facts

Flight and Feathers of Crow Vs Raven

The feathers of ravens near the neck are distorted and shaggy, but they are quite shiny and sheeny. They have a glossy plumage with a tint of blue and green, which is called hackle. Crows, on the other hand, have lighter markings on their feathers but are still shiny and have a sheen. 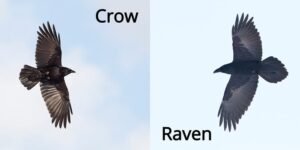 During flight, ravens have a longer neck. The shape of a raven’s flight is different from a crow’s flight because the shape of their wings differs. Ravens have longer fingers with wider gaps, and their ends are pointed, whereas crows have blunt ends. Ravens do somersaults in the sky and fly upside down when the wind is good.

The mythological significance of crows varies; some regard them as symbols of war and death, while others regard them as protectors of Dharma and species from the “other world.”
Ravens are considered God by people living in North America. The Bible even has several references to ravens. 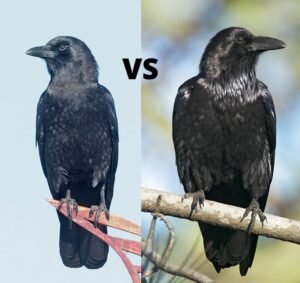