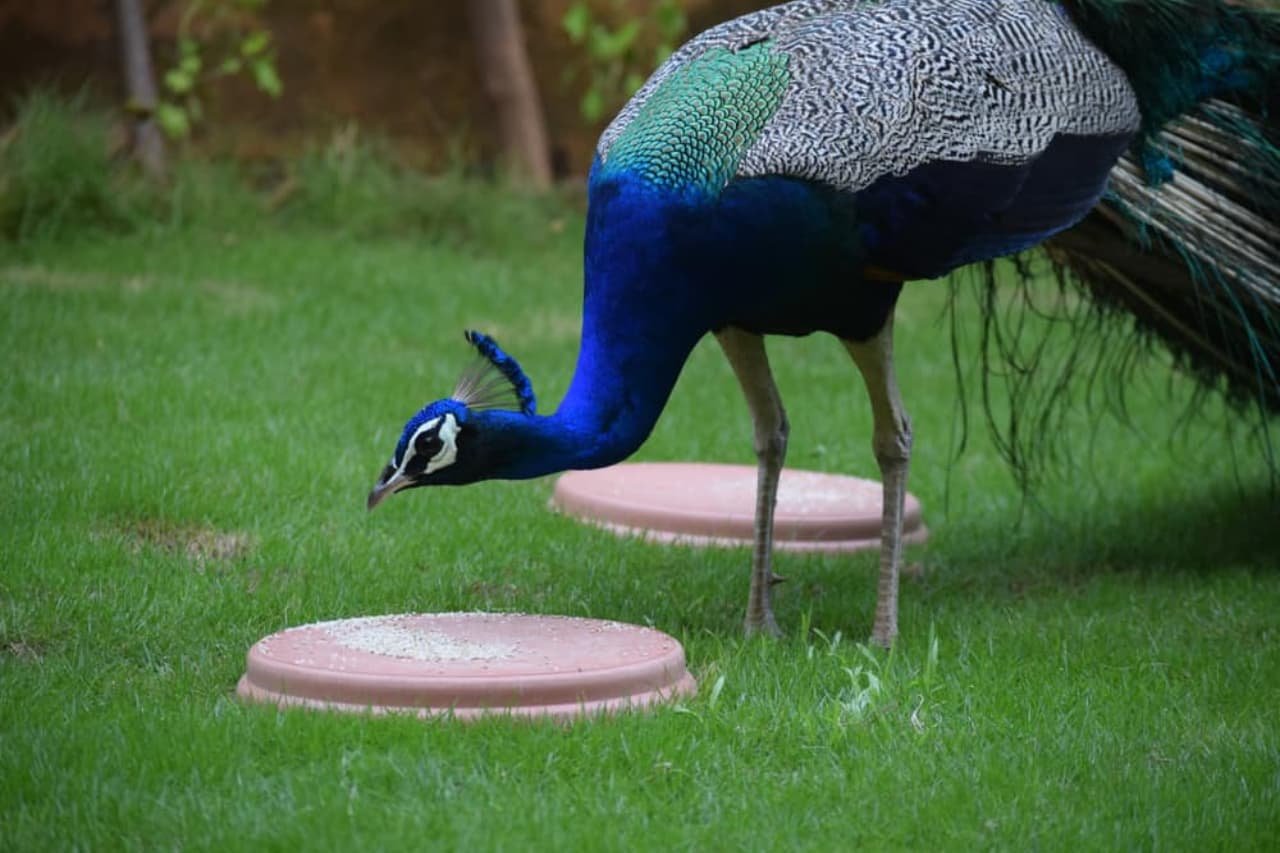 Curious to know what do peacocks eat?, Hey readers, this article is all about the diet of peacocks, but before moving to the main part, do you know this amazing fact that “peafowl” is a common name for three different bird species, and male peafowl are known as peacocks, and female peafowl are referred to as peahens.

Peacocks are not just the national bird of India; they have a valuable significance in our Indian culture. They are a symbol of the god of war.

Have you ever seen a peacock right in front of you?

If yes, then you are absolutely aware of their beauty. They are one of the most beautiful birds India has. The color of a peacock’s plumage is blue and green, which makes them look pretty. Now let’s move on to the main context of the article, which is the diet of peacocks.

What Do Peacocks Eat? General diet 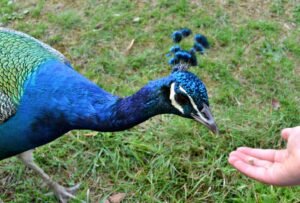 Diet diversification of Peacocks based on location

Peacocks belong to pheasant family, there are three main types of peacocks around the globe, two of them are Asian species which are known as the Indian peafowl of Indian subcontinent and green peafowl of Southeast Asia, the third one is African species, called as the Congo peafowl, their diet varies a bit basis on location, let’s dive inside their diet constituents.

Diet also depends on the season and location, as it decides the available resources around them. For example, if we consider peacocks who are in rural India, they depend on fruits like guava that fall off from the trees, whereas in Gujarat they have berries and, of course, some debris like leaves, twigs, and small insects are everywhere around the globe, so that becomes a staple food for them. Congo peafowl depend on oil palm and African breadfruit. 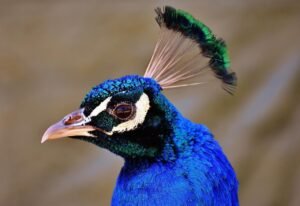 The peacocks roam around at ground level and live in an open tropical forest area with trees for roosting near the rivers, so their diet comprises everything that can fit in their beaks. The range of food they perish on differs from location to habitat to their breed. For example, the wild peacocks have good eyesight and hearing ability, so they hunt for reptiles, small animals, and amphibians.

What do domesticated peacocks eat?

Some peacocks are captured for commercial and poultry purposes, so their diet consists primarily of grains, pellets, chopped greens, bread, fruits, cooked rice, corn, and so on. Commercial food, cat-food or dog-food, provides them with the missing nutrition as they can’t hunt in captivity for insects, snails, etc., which are full of nutrition. They live a long life of 30–40 years as there is no threat of starvation that leads to death in many cases. 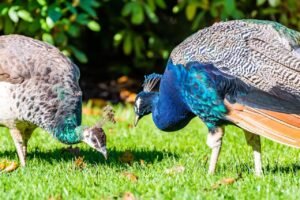 If you plan to captivate a peacock, make sure you also provide them with clean water because that is essential for their growth and existence. Peacocks have a special organ called the gizzard near their digestive system which helps them in breaking down the most complex foods like grain. In their body, they also ingest small pebbles which help in the grinding process.

What do wild peacocks eat?

In the wild, peacocks prefer to roam in small groups to protect their existence up until the breeding season. As the breeding season arrives, the male and female peacock roam in pairs, with one male and multiple females. They hunt for food together in the day and they take rest in the mid-day. One last round of hunting is done before darkness and then they sleep in larger groups concealed in open trees. 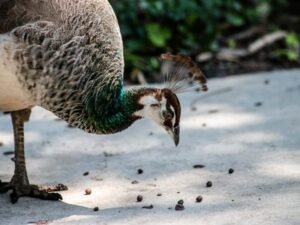 Their diet includes every other small species of animal, like lizards and frogs, which have a very high amount of protein. Other than that, they also love snails and slugs. They tear apart the flowers in search of snails, insects, rats, centipedes, termites, mice, and slugs. They also hunt rodents and snakes because all of them fit in peacocks’ mouths. They try to remove the seeds from any fruit they consume, such as potatoes, cantaloupe, and watermelon, because these seeds contain nutrients that are essential for them, and they roam around in constant search of food, sometimes developing kidney problems due to a lack of resources.

What do baby peacocks eat?

Like humans, baby peacocks also do what their parents do. Their parents teach them how to hunt and forage for food. Baby peacocks are also called “peachicks”, and what they eat also depends on their habitat and behavior. If you plan to foster a peachick, remember that they require a protein percentage of approximately 30% initially. Once they are six weeks old, you can reduce the protein percentage in their diet and then slowly transition to their standard food.

It is reported that peacocks also eat snakes, but it generally depends on their habitat, behavior, and also their surroundings. Generally, snakes are their preferred diet source because their habitat is supportive and eventually eating snakes becomes a habit for them, which is quite different from the domesticated peacocks. The snakes which these peacocks eat can be venomous in nature, known as rattlesnakes. In Indian history, people usually called such peacocks “Maurya,” which means “the killer of snakes.” Peacocks are scavengers in nature, so they maintain the ecological balance by eating animals like snakes, insects, lizards, rats, and worms. They provide space for other animals to propagate and maintain the ecosystem. 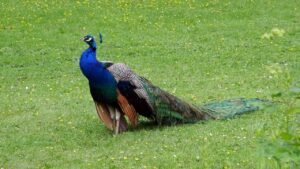 A complete summary of what peacocks eat.