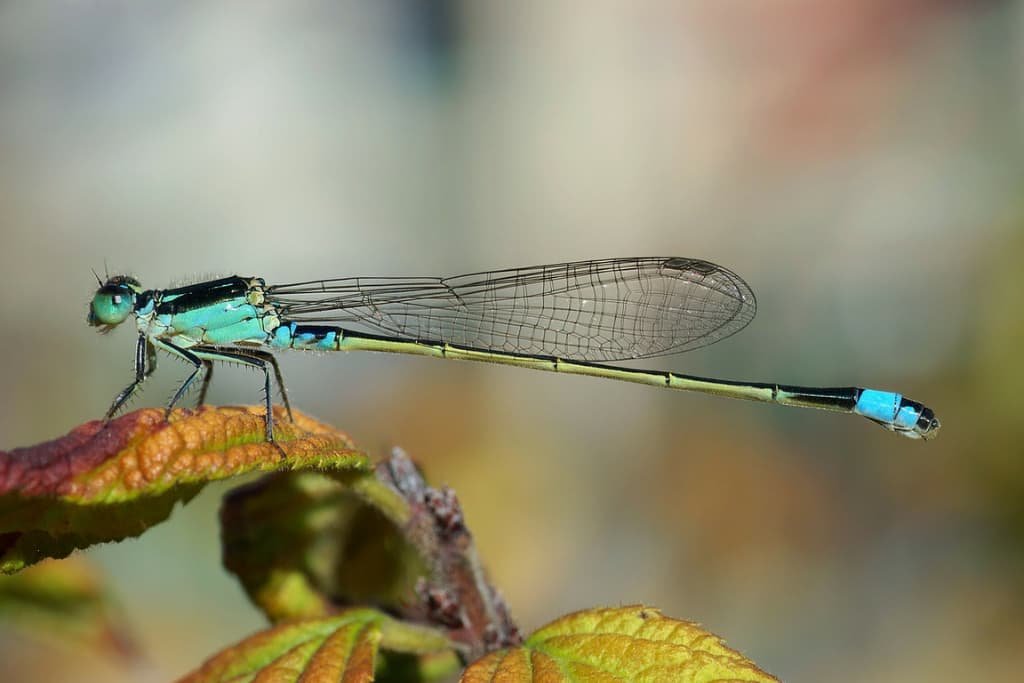 dragonfly meaning- Dragonfly represents change and transformation. On top of it, it also symbolizes the wisdom of transformation and adaptability. Let’s have a look at the other wide range of meanings and symbols they hold.

Dragonflies are the symbols of transformation. It reminds you to fill your monotonous life with joy and light and tells you to come out of the abysmal darkness. Besides this, it also encourages your spirit to fly high with your true essence. You might ask the meaning behind the dragonfly symbolism. This gorgeous creature serves as a reminder for us to get free from our illusions.

Apart from that, it points towards adaptability, creativity, and inspiration to change our thinking and actions for our betterment. They are also a firm reminder to stay true to ourselves. Dragonflies are seen near the water that represents emotions in the figurative sense. Consequently, dragonflies mean we should start looking deep within ourselves. 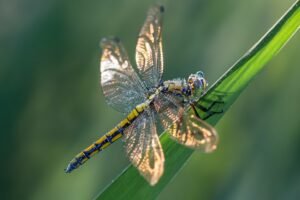 Native Americans see it as a piece of art. The pots made by Mimbres tribes are decorated with dragonfly-shaped icons. Natives believe them to symbolize rebirth and spring. Navajo artworks have also featured beautiful depictions of dragonflies. They also associate these magnificent insects with good rain and plentiful water.

In Native American beliefs, dragonflies exhibit swiftness, change, and illusion. Also known as Devil’s Darning Needles, these are also believed to be Satan’s mischievous creatures. Children were scared by their elders who told them if they lied, the dragonfly would seal their mouths shut. Zuri’s believed them to have otherworldly and supernatural powers. It was considered taboo to kill a dragonfly. There’s a Navajo legend of creation. According to it, the First World was a small island inhabited by many insects, with dragonflies being one of them. 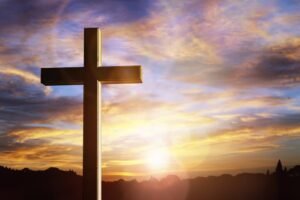 A dragonfly is born underwater. Then it is grown up in the dark before rising to the light. It has a transparent body initially, but upon colliding with the sun rays, its body starts glistening magnificently. So, it can be inferred that light plays a pivotal role in transforming a dragonfly. Similarly, Christians believe that their life can also transform if the light of Jesus shines upon them.

These little creatures always serve as a reminder that we should seek God. Since they are born underwater, they also symbolize a lack of knowledge. However, their ascent to a world filled with light represents our enlightenment with knowledge by the light of God. They also hold deep spiritual meanings, like prosperity, strength, courage, and peace.

Celtics have almost 23 different names for the dragonfly. The Celtic culture also has numerous poem rhymes solely dedicated to these little creatures of flight. They believe that the dragonflies are magical. An interesting about them is that their wings tend to change colors based on at what angle light falls upon them.

Plus, they have a 360-degree vision. This represents the human mind breaking free of its limitations. Even the Irish, Greeks and Gaelic believe them to be magical. Dragonflies can hover and fly backward. According to our Celts, dreaming about a dragonfly means transformation. 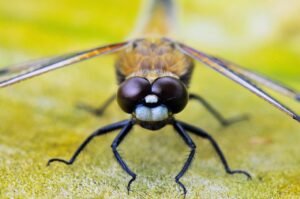 Dreaming of dragonfly points towards our appreciation of freedom. Encountering them in your dreams also represents a change that is just around the corner. Just like the dragonfly’s whole life is marked with changes, it also represents the same thing. Finally, when the first rays of the sun hit its body, it once again marks a magnificent transformation into a beautiful being.

Some encounters are considered to be very lucky while others point towards impending ill luck. Let’s have a look at some of the signs and omens. If you come across a dragonfly while on a fishing trip, then it is a good sign. This is because dragonflies generally fly around the areas having plenty of fish. 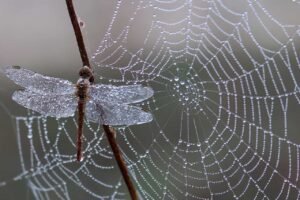 They are also believed to symbolize positive changes. If you come across it, then be assured since it means that you are on the right path. However, people in many regions of the US believe that these creatures sew your nose, mouth, ears, and eyes shut. On top of that, killing one means someone close to you will die. Cutting off a dragonfly’s head means you are going to get beheaded. Plus, its sound serves as a warning to look out for impending destruction.

They go synonymous with warriors in many cultures. In Great Plains, many objects were found with dragonfly emblems and symbols. Warriors were a class of people that used to highly admire the dragonflies. They admired their speed and darting movements. Welsh mythology sees the dragonfly as the snake’s servant. 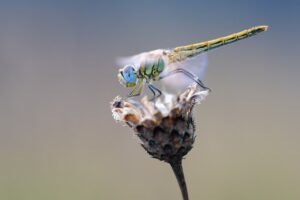 Japanese take the dragonflies in very high regard. There’s a place in Japan called Akitsushima, which means island of dragonflies. According to a legend, the Japanese hero Jimmu-Tenno is believed to have given Honshu the name of Dragonfly island. As per the legend, the dragonflies’ resemblance had struck the emperor. Not only that, but they also believe these creatures to be the vehicles of their deceased ancestors helping them to return to the earth for the summer feast o the dead.

Samurai warriors also held tremendous respect for the dragonflies. Their swords and arrows held the depictions of these creatures since the weapons were meant to fly fast and straight. Chinese believe them to be the bringer of good luck.

Dragonfly represents change and light. If your spirit animal is a dragonfly, then it is an indication that you should stop taking life too seriously. They symbolize joy, light, and adaptability. It tells you to dig deeper into the realm of your emotions. It might also be suggesting you connect with nature.

A dragonfly is a creature that transforms into a magnificent and wise being as soon as it touches light. This represents the spiritual meaning hidden behind the dragonfly spirit animal. It means that you are traveling on the right path. All you have to do is to continue with your journey. Apart from that, it also points towards the changes waiting for you on the horizon.

This totem animal tells that a deep transformation is just around the corner. This will most likely make you a wiser and a changed person. It might come with its own sets of ups and downs. However, you need to understand that these changes are for your betterment. And the dragonfly is with you during this time of major transformation. 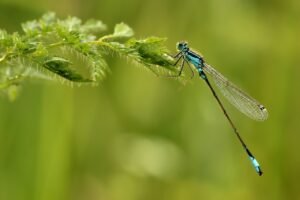 These transformations and changes are there to make you more mature. It might be a sign that the universe is telling you to be more kind towards yourself. Dragonfly as a totem animal is a pretty good sign. It assures you that no matter how tough it may seem, but you are developing and evolving to become a better person. You are on your way to becoming someone more mature and beautiful.

Native Americans thought them to be dragons once. Having this creature as your power animal means that you are someone who has honed their skills with sheer hard work and dedication. Also, it tells that you are an emotionally intense person. Sunlight is your primary need or else, you will turn dull. 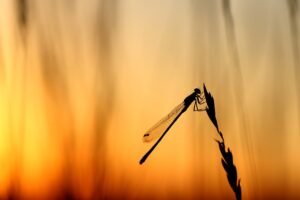 It is of great help when you feel that your life has hit a stagnation point. It also represents balance. If you juggling between many things, it’s time to call upon it to find balance. To harness the power of a dragonfly, spend time under the sunlight and near a water body.

Looking at a dragonfly symbolizes your dreams coming to fruition. It also means that change is very near. The tattoos that the Aboriginals used to get on their bodies represented freedom and enlightenment. Spiritually, it means the light of God. It also represents agility, speed, victory, and courage, perfect for a warrior. 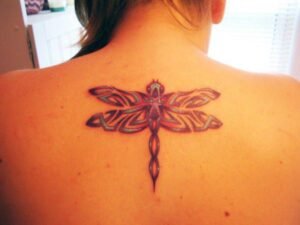 Apart from the above-mentioned characteristics, it also represents transformation, rebirth, and adaptability. Many Asian countries have a belief that dragonflies represent prosperity and good luck. Before getting a dragonfly tattoo, you should discuss thoroughly with your tattoo artist what you are thinking. What is in your mind and what is your vision? Plus, a perfect design is also necessary.