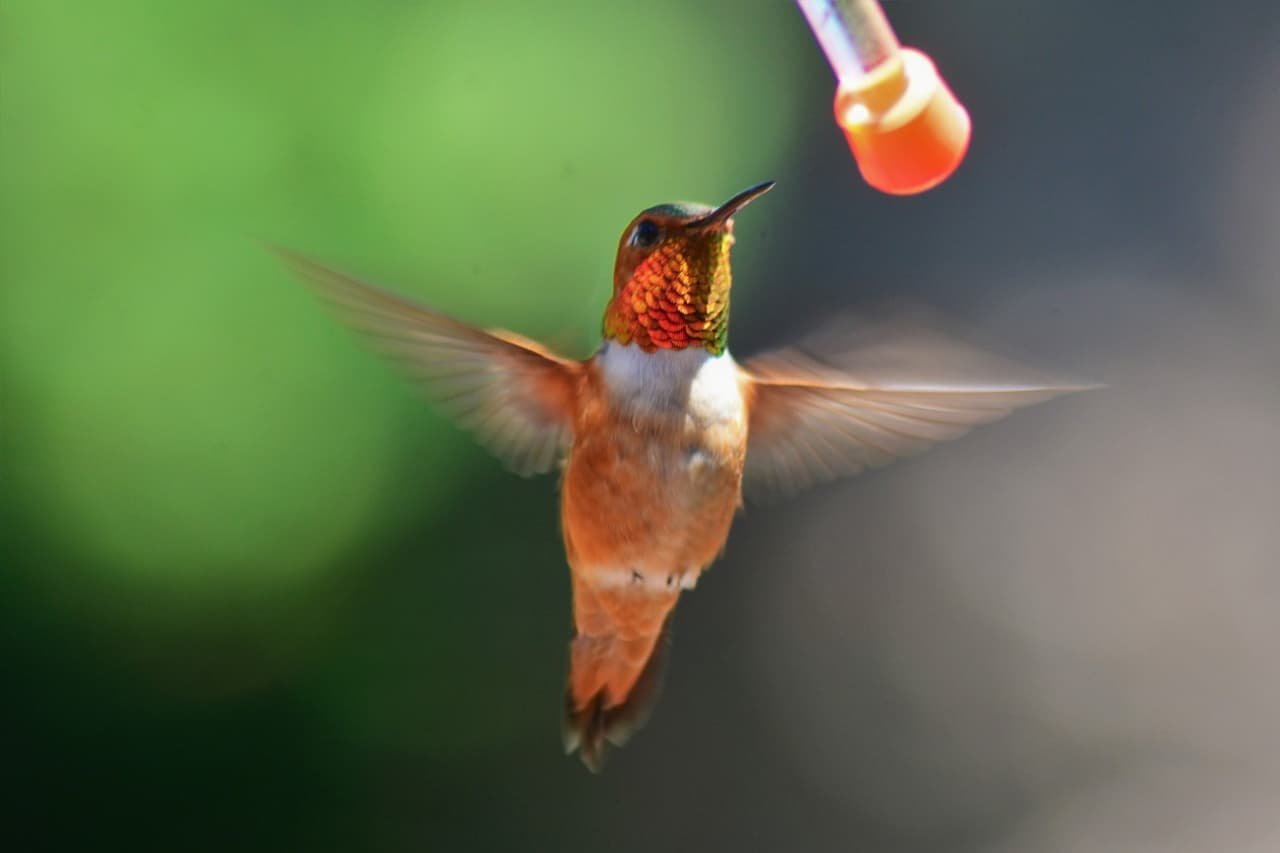 The Rufous Hummingbird’s migration route is the longest migratory hummingbird species. Many individuals in the western United States have already seen these feisty tiny hummingbirds at their hummingbird feeders as they have begun their migration north.

Despite their diminutive size, Hummingbirds have a reputation for being quite territorial, aggressively chasing away rivals even if they are twice their size when they invade their territory at feeders and flowers. The male Rufous is easily identified by his shiny orange back and abdomen and bright red throat. Females are distinguished by their greenbacks, reddish-brown flanks and tails, and bright orange throats. Every year in the spring, these stunning creatures make the arduous trek up the Pacific coast to the northern climes, where they spawn. 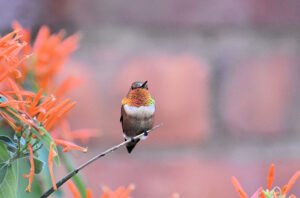 Why do Rufous hummingbirds migrate?

Only a small percentage of hummingbird species actually make an annual migration. Like many other species that breed in North America, the Rufous hummingbird is one of several that makes the long journey south for the winter. Despite their reputation as nectar-sucking birds, hummingbirds are actually carnivores who rely on bug protein for survival. To find an adequate food source, hummingbirds must migrate to warmer climates in the southern hemisphere, as insect populations and flower blooming tend to decline in the North throughout the winter.

Instinct isn’t the only thing that makes a Rufous Hummingbird start its annual north-and-south migration. Certain factors leading to the migration have been mentioned below. 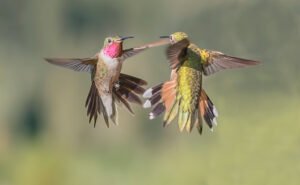 What are the migrating patterns of Rufous hummingbirds?

During migration, Rufous Hummingbirds can be found as far north as Canada and Alaska, although spending most of their time in the southern half of Mexico. Wow, nearly 4,000 miles in a matter of months! Rufous Hummingbirds need to start bulking out in preparation for such a long voyage. For fuel, they’ll eat nectar from flowers and feeders; for protein, they’ll eat insects.

Most migratory hummingbirds head south later in the year, but the rufous hummingbird typically begins its journey northward first. In the month of January, they plan to set out from their winter home in Mexico and make their way up the west coast. The first Rufous Hummingbirds of the year have probably already been observed by southern California and Arizona residents. By late April, the swift hummers will have made it along the coast to the northwest states. Midway through May is when you may expect to see those that migrate to Alaska and Canada to start their breeding season.

Some will start returning to Mexico from the south in July. Rufous Hummingbirds don’t return south across the United States through the same coast they flew up on their way north; instead, they make a counterclockwise loop around the Rocky Mountains. During the fall migration, the public only sees these active hummingbirds in Colorado, New Mexico, and Arizona. 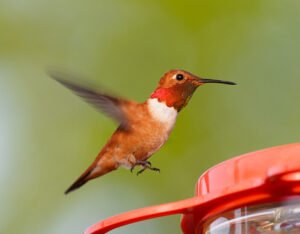 How can you track the migration of hummingbirds?

The arrival of hummingbirds to your location can be predicted using a migration map. Species, times, dates of sightings, and photos of the hummingbird in your yard can all be specified when reporting a sighting.

If you have access to migratory maps from prior years, you can use those as a rough guide to estimate when the hummingbirds will arrive. Then, regularly monitor the map for the current year to see them gradually making their way north.

How to attract Rufous Hummingbird?

One of the most significant events in a hummingbird’s life is its annual migration, which occurs in the spring and fall. Their odds of making it through the flight drop if they cannot obtain sufficient food and shelter en route.

To fly, a Rufous Hummingbird’s wings beat 62 times per second, requiring considerable energy. To minimize weakness and exhaustion on their journey, it is crucial that they replace the energy they expend every day.

Here are some tips for luring migrating Rufous Hummingbirds to your backyard:

Put some flowers on the ground. Also dependent on flower nectar, Rufous Hummingbirds can be spotted flitting from blossom to blossom. To lure hummingbirds to your yard, you should cultivate flowers that produce nectar, including fuchsias and columbines.

You should supply nesting materials. Create a nesting haven for hummingbirds by reusing and repurposing items from your yard. Hummingbirds will construct nests from various materials, including spider webs, cotton, lichen, and feathers, to raise their young.