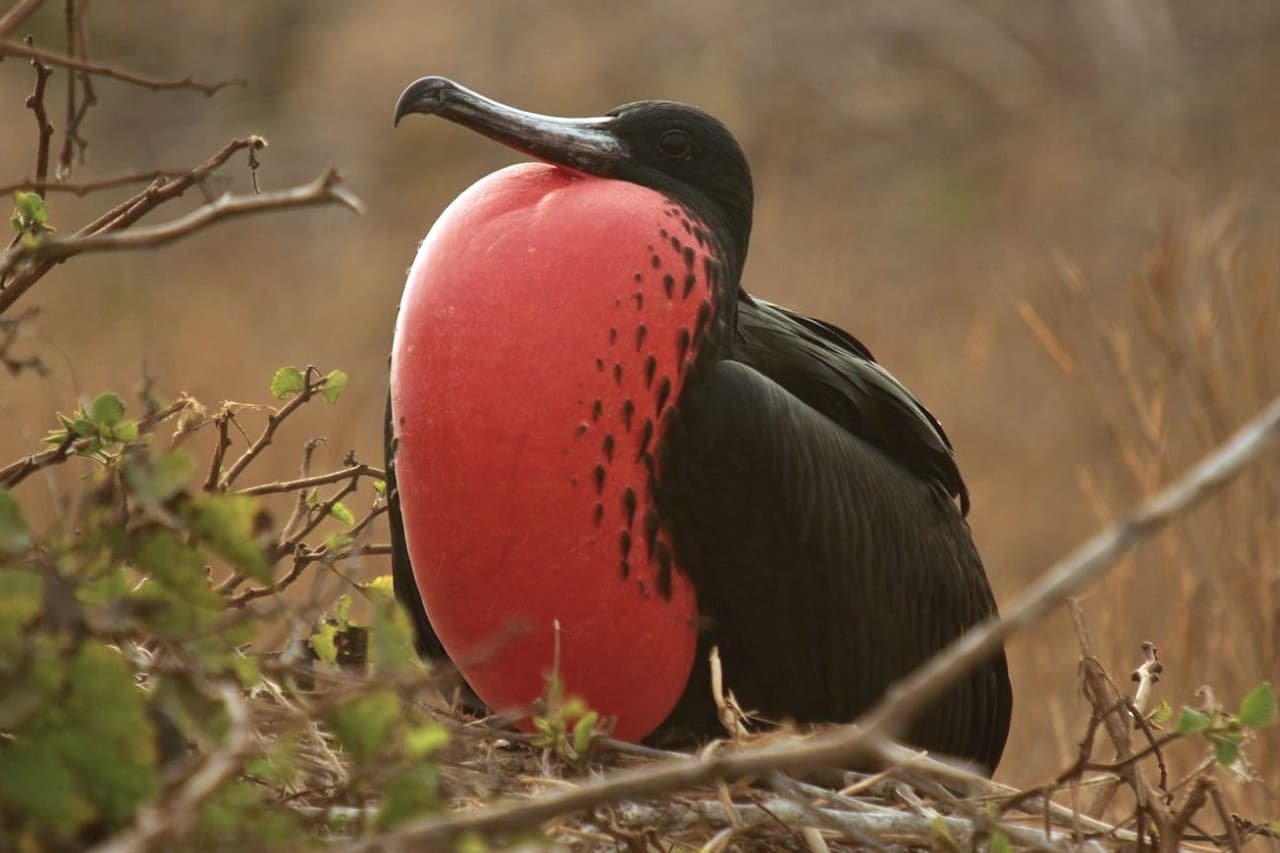 The frigatebird, a big tropical seabird with broad wings and forked tails, is also referred to as a “man of war bird.” The sight of soaring frigatebirds is a great reason to take a stroll along the beach in the southern United States, Mexico, or the Caribbean. They typically take off in the afternoon, when breezes and thermals are at their strongest and can help keep them aloft. You may see a frigatebird, with its long, pointed wings and slim profile, soaring gracefully by itself or in a group. A frigatebird may be the source of the din you hear from the seagulls and gulls above you as they compete for food.

The pterodactyl-like silhouette of a Magnificent frigatebird may often be seen soaring above the beaches and offshore islands of Florida. In this article, we’ll be exploring the bird’s existence and distribution across the state. 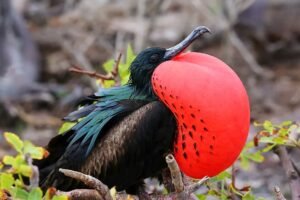 Do Frigatebirds exist in Florida?

The Marquesas Keys colony of frigatebirds flourished for more than 25 years before its population started to decline, with the earliest reports dating back to 1969. Human activities, including fishing and boating, are assumed to be to blame for the loss of sea life around the islands.

It is estimated that by 1988, just about 50 breeding pairs remained on the Marquesas Keys, and by 1989, the whole colony had been abandoned. Concurrently, some 40 pairs were spotted breeding on Long Key in the Dry Tortugas for the first time. A few hundred more pairs have since joined the Dry Tortugas colony.

Are Frigatebirds rare in Florida?

Although up to about 7,000 individuals gather at roosting sites along Florida’s coasts or soar across Florida’s surrounding waters, it is highly unlikely that you will ever get close enough for a detailed or clear sighting of Florida’s Magnificent frigatebirds because they are only found in specific areas of the state.

Magnificent frigatebirds are easy to detect in the sky thanks to their massive, tapering wings and expert ability to ride thermals over the ocean. Still, it is far more unusual to see a single bird on land or roosting, even at a great distance. Although frigatebirds can occasionally be spotted further inland in Florida due to inclement weather, they are often only present at a few well-selected isolated roosting places. 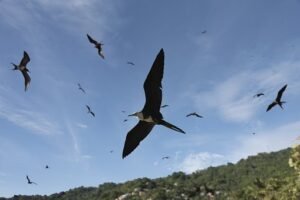 Where can you see the frigatebirds most?

It’s crucial to remember that frigatebirds are notoriously wary of humans, whether roosting, flying or brooding eggs or young, so seeing one up close is a long shot.

Cedar Key in the Florida Keys is the farthest north that Magnificent frigatebirds are usually sighted; however, during the summer months, up to 7,000 individuals roost in trees on some of the most remote islands in the Florida Keys. The finest place to see one of these majestic soaring giants is on Long Key in the Dry Tortugas, which is also home to the sole breeding colony of frigatebirds in the United States. The northernmost location where you might see a frigatebird in the winter is South Florida, where they frequent the coastal and offshore islands.

Can Frigatebirds be found in Florida during winters and summers?

During the summer, frigatebirds can be spotted along Florida’s Gulf and Atlantic beaches and in the interior. The southernmost parts of the state’s waterways and offshore islands are the only places the species can survive the winter.

How to attract Frigatebirds in Florida?

Attracting frigatebirds in the conventional sense is impossible. They spend most of their time in the air, far above the tropical seas, and rarely venture inland because they are not well suited for walking on dry land. In coastal places, they can occasionally be spotted in the sky, though only from a distance.

Isolated islets and atolls with extensive vegetation are their go-to for roosting and nesting because they provide a safe haven from human disturbance. Frigatebirds will congregate in a safe area that is frequented by others of their species and is close to waters rich in sea life that the birds can hunt.

When do they nest in Florida?

Although most bird species have a nesting period of about a year, the frigatebird has one of the longest, requiring anything from 6 months to 2 years for a fledgling to become totally independent. It is not possible to specify the peak laying period for Florida-based frigatebirds might be because the nesting cycle is so long. 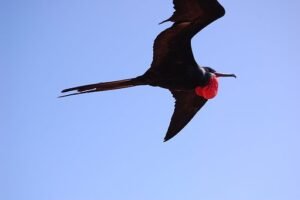 Some facts about Frigatebirds?