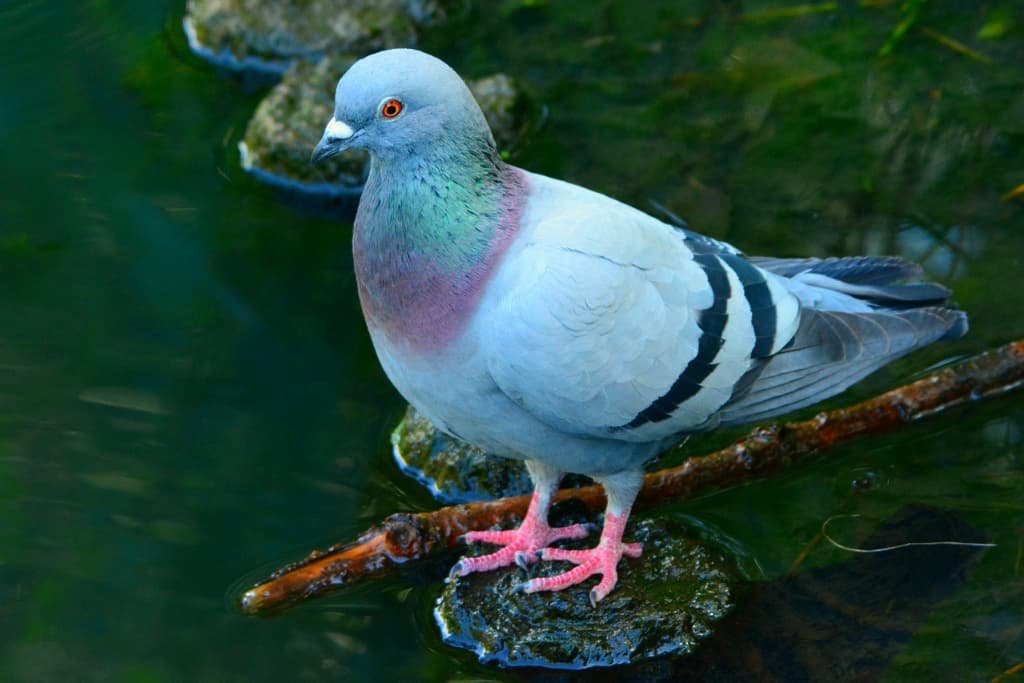 What do pigeons eat? Do pigeons eat bread? What about peanut butter? Are there any foods that are safe to feed to pigeons? And what does pigeon food look like? Is it different from other bird’s food? Find out the answers to these questions and more in this article about what do pigeons eat, as well as other interesting facts about feeding and caring for your feathered friends.

Pigeons are wild birds that typically survive on a mixture of different foods. Whether they are wild or domesticated, all pigeons have roughly the same diet of seeds, small insects and even small lizards. These creatures tend to flock together in groups, so they can share food as well as provide protection from predators when necessary. In fact, their unique flying abilities allow them to move large distances for food, water and shelter when necessary. If you’re curious about what do pigeons eat or how to care for these unique animals, keep reading! 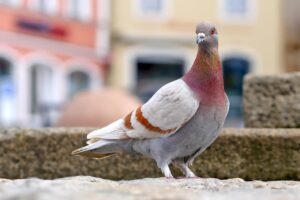 The pigeon is a bird that is often overlooked. Pigeons are extraordinarily clever and capable of accomplishing complicated tasks, not only among birds but among all creatures. Pigeons have a sixth sense that allows them to detect the Earth’s magnetic field. 32 pigeons have been given the Dickin Medal, which is the animal analogue of the Victoria Cross!

Where do pigeons find their food?

Domestic pigeons are primarily fed food purchased at pet stores, but wild pigeons survive on a mixture of different foods. Whether they are wild or domesticated, all pigeons have roughly the same diet of seeds, small insects and even small lizards. Pigeon’s diets vary from region to region based on what types of plants grow in those regions. In addition to being generalists when it comes to food, pigeons are also opportunistic feeders and will eat just about anything given a chance. 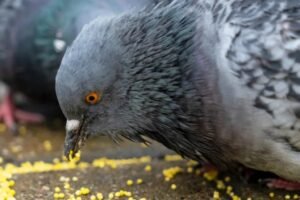 What do wild pigeons eat?

Distinct pigeon species mostly differ in their diets, however all pigeons are omnivores and can eat almost everything. Seeds, berries, grains, and fruits are the primary foods of pigeons that live in natural environment, such as the Wood pigeon. Feral pigeons in urban areas are scavengers that will consume almost anything. Plant materials, rather than meat or insects, is preferred by most pigeons. They also like eating fruits and veggies. 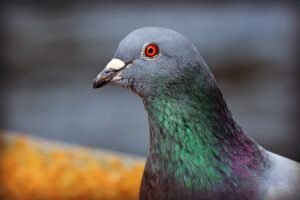 What do pigeons eat in winter?

Pigeons eat roughly the same in the cold as they do any other time of year, although they will boost their protein and carbohydrate consumption to compensate for the cold. Grains and seeds are high in protein, giving pigeons and certain other birds the protein push they need to grow fat and strength for the winter.

During the winter, food becomes increasingly limited, yet pigeons seldom have trouble finding the grains and seeds they need to thrive. 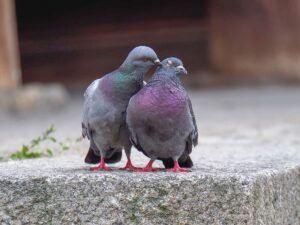 What Do Pigeons Eat in Urban Areas?

Like many other wild birds, pigeons eat a variety of foods. These foods are typically seeds and grains as well as insects and other small animals. Their diet also varies depending on whether they live in urban or rural areas. In urban areas, pigeons typically feed on waste products from humans including bread crumbs or seeds that fall from bird feeders; scraps of discarded food found at various fast-food restaurants; and animal feces containing undigested seeds or grain.

What should you feed pigeons?

Pigeons are natural seed and grain consumers who will consume any seed. They’re known as granivorous since they consume largely grains and seeds.

Pigeon diet includes wheat, oats, corn, rice, peas, and flax. Pigeons will gladly eat tiny insects as well, so if given the chance, they’ll eat dried waxworms and mealworms. Pigeons will eat any bird seed mix, as they are among the least picky garden birds.

What do pigeon babies eat?

Pigeon milk is used to wean baby pigeons from their mothers. Pigeon milk is a fluid generated in the stomach (crop) of an adult pigeon. It is not milk as per the mammalians are considered. 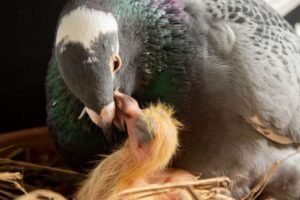 Pigeon milk is heavy in fat and other specialized nutrients, which aid in the rapid growth of pigeon chicks. Pigeon milk may be made by combining items such as oats and water, or by using a specific baby bird liquid formula. Baby pigeons can start eating solid food within three weeks, but their bills will not be strong enough to chew hard seeds for another 2 to 3 months.

Is Bread Bad for Pigeons?

Bread is generally considered to be unhealthy for most birds. Most birds cannot digest bread or other high-carbohydrate foods, and pigeons are no exception. Too much bread can result in a pigeon developing diabetes, which often leads to kidney failure and death. If you do give your pigeons bread, only offer them small amounts once in a while; it’s still better than feeding them nothing at all.

Is it possible for pigeons to consume rice?

Absolutely. White rice isn’t very healthy, but it’s okay for pigeons to eat as part of a well-balanced diet. 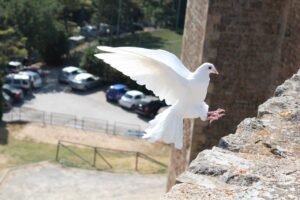 Given that pigeons are wild birds, they aren’t likely to survive on a diet of processed or frozen foods. In fact, like other wild birds, pigeons prefer a diet rich in seeds, grains and insects. However, since domesticated pigeons can live with people in parks and city centers, they can be given treats like breadcrumbs or even raisins as special food treats. Here is a look at 10 of their favorite foods!

What Do Geese Eat?

1 thought on “What Do Pigeons Eat? (Pigeon Food Guide)”