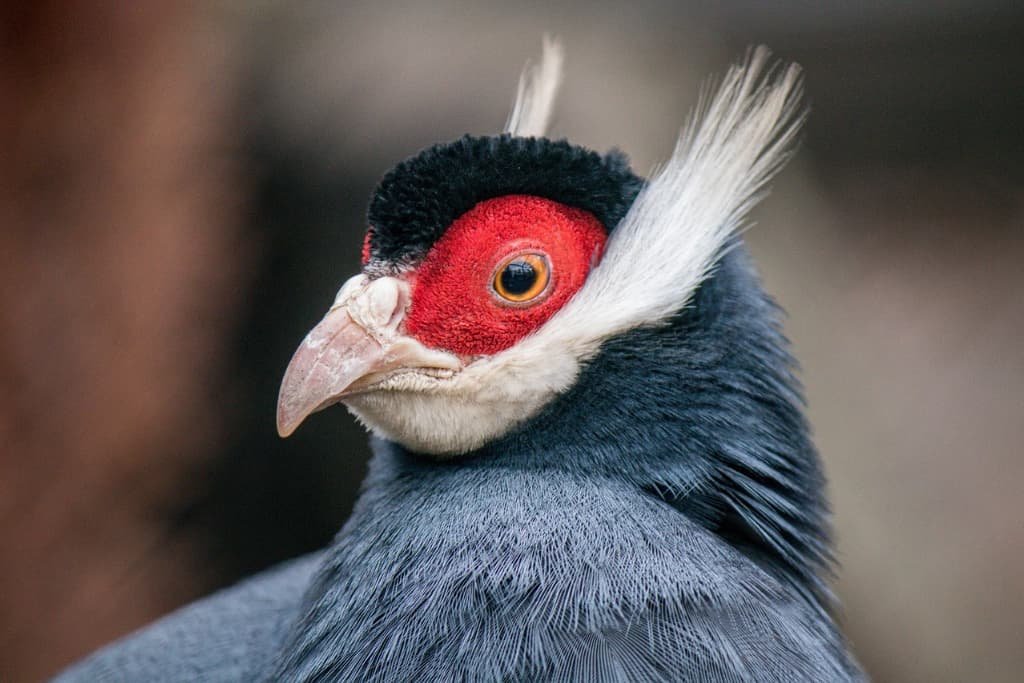 How do birds listen? Do birds have ears? Birds don’t have ears like we do, but they are able to hear in many ways. While their auditory organs aren’t as refined as ours, they can hear some frequencies that we can’t and have better directional hearing in certain circumstances. Even without ears, birds communicate by sound and song, which means they must be able to listen. Here’s what you need to know about how birds listen and why it doesn’t really matter if they have ears or not!

Do Birds Have Ears?

Nature has offered birds the most inspiring and diverse sounds in form of birdsongs. Some birds sing while some produce different sounds with the capability of complex vocals. As birds have the talent to sing they must have power to hear. Then the question is, whether birds have ears?

Unlike humans and several other mammals, birds have ears like lizards. Behind their eyes they have a opening which is like a tunnel and covered with feathers which is named as auricular. The feathers are covered to protect their ears from solid matters and turbulence of air during flight. 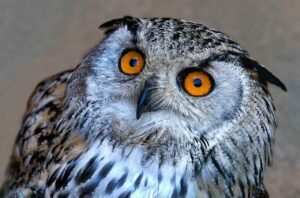 Charles Darwin who is a well-known naturalist and biologist has found several ways in which birds covert complex vocals into melodic tunes. Tough birds do not have a regular ears like humans, they have huge developed hearing quality. For more knowledge about birds ears and similar topics continue to read.

Even without outer ear like humans, birds have good hearing capability. Although the frequency range of birds are slightly narrower than humans. The frequency ranges from 100Hz to 14,000Hz. Whereas, a human can bear voice frequency ranging from 20Hz to 20,000Hz. It has also been discovered by few experiments that birds can hear sound frequencies less than 20Hz which are known as infrared sounds. However, the source of this capability in a bird is not clear yet.

The mammalian hearing is considered more sensitive than avian hearing. However, sensitivity of avian hearing increases at 1kHz to 4kHz. Even without the pinnae (the outer ear) birds can locate the exact point from where the sound is coming. As per the researches conducted, the birds have this ability to recognize sound and differentiate between the pitches due to the entire structure and functioning of head.

How birds listen in the wild?

Birds and other animals are able to sense their surroundings by hearing vibrations in air, water or on land. This is because sound is simply a wave of pressure pushing through a medium like air, which in turn moves our eardrums and turns into nerve impulses that reach our brain. Birds can also hear smaller sounds than humans, so to them some noises we make can seem very loud indeed! The idea that birds have ears is certainly misleading. Like us, they have ear holes that collect sound waves through an eardrum before they’re converted into nerve impulses by specialized cells. 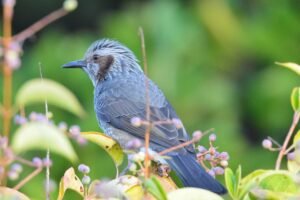 Which birds have the best hearing?

When it comes to exceptional hearing quality, owls are the ones. As owls hunt during the night, they rely completely on their vision and hearing ability.

However, some species of owl do not have aligned or symmetrical ears due to which there is a difference of time between both the ears. This helps them to track even less audible noises.

Some species of owl are special in catching sound and filtering them through their ears. These species include Barn Owl and Boreal Owl which have faces shaped like a radar which are adjustable. In the entire kingdom of animals, owls have best senses including vision.

As birds have narrower frequency of hearing than humans and other mammals they are not sensitive to frequencies which are high. Like dolphins, insects and bats, birds have no ability to hear ultrasonic sounds.

What do you call a bird’s ear?

The ear of a bird has not been assigned any scientific name yet. Although, birds do not have pinnae (outer ear) like mammals but thru do have an outer, middle and inner ear. However, in birds the outer ear is a tube shaped which is connected to their eardrum. The ears of a bird are protected by feathers from large particles and air turbulence. It also helps to funnel sound in the bird’s ear across it’s head.

The Great Horned owl have ear tuffs which protrudes from its head. These tuffs are used for communicating and camouflaging instead of hearing.

What kind of ear does a bird have?

Birds rely on their ears for much more than just hearing. The ear structure of birds is actually adapted for a number of other uses, as well as listening. If you’ve ever found yourself wondering how birds listen, you may be surprised to learn that birds are capable of incredible auditory feats, some even comparable to humans. Of course, you probably never really thought about how a bird hears until now, but there’s more to it than what meets the eye.

Is there such thing as bird ‘music’?

Birds can’t make music, in the same way that humans do, because they don’t have a connection between their hearing and their vocalization. Birdsong is not music to birds; it’s simply a display of how well they hear. Birds are known to be able to hear at extremely high frequencies, much higher than we can, which enables them to listen for parasites like ticks and flies. 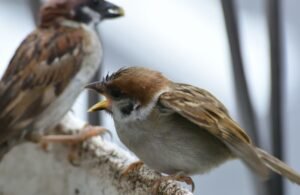 A birdsong includes several pieces of poems, music, books and art work like human’s music. Like humans birds are also gifted with amazing musical ability. Some birds can sing from 1000 to 2500 times in each day. One of the birds commonly seen dancing, nodding and popping with music are parrots.

Birds seem to be music lovers, but is it true?

As per the studies conducted, birds have an understanding of music and listen well. Birdsongs have same properties of music as humans like tone, rhythm, timbre and pitch. As per evidences observed in 1984, a pigeon has the power to differentiate between Stravinsky and Bach. As per researches conducted in 2012,it has been proved that birds have similar auditory brain structure like humans. Therefore, it is implied that birds have similar understanding of the musical characteristics as humans.

It is amazing to know that birds also enjoy their music similarly as humans. Therefore, it can be noted that birds not only song for communication, courtship Or territory building but because they enjoy singing.

In the entire animal kingdom only birds and humans are gifted with the ability to produce different melodic sounds. Few other species might have vocal calling ability but cannot produce complex features of music.

It can be concluded that birds like music like humans do. Both birds and humans have several things in common when we talk about music.

Can birds distinguish pitch in songs?

Birds can hear sounds at frequencies as high as 20 kHz—high-pitched noises that are inaudible to humans. But there’s more to hearing than frequency: Birds must also be able to tell different sounds apart, and scientists have yet to prove they can do so. The research isn’t conclusive, but it’s possible birds have an auditory range somewhat inferior to humans. 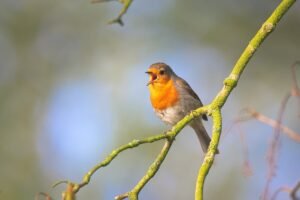 Why do birds sing?

There are a huge range of birds that can sing. Birds like Brown Thrasher and Sedge Warbler have the ability to sing more than thousands of songs. You can find documentaries on birdsong and their musical properties made by Darwin. These documentations include On thd Origin of Species made in 1859 and The Voyage of the Beagle made in 1839. Darwin’s hypothesis says that birds use birdsongs for their survival and communication. However, the fact is still unknown to the scientists.

But today we know that there is truth in Darwin’s observation. It is true that birdsong helps birds to attract a new mate. The choice of mate also depends on the song quality. They also show their presence by singing in their own territory. Apart from that, they also sing because they enjoy it.

Birds like Robins and Blackbirds are believed to detect moving insects and worms underground without seeing them. They can also detect their vibrations under the soil by probing their beak in the ground. However, these birds have to move near the ground as they have hearing sensitivity in close ranges. 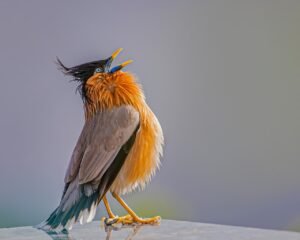 As per studies conducted it is observed that when birds become familiar to any human’s voice they start recognizing them. They might recognize them by voice or by a human’s physical appearance.

Parrots and other songbirds are great at copying speech of humans while they repeat words and phrases after learning them. A bird named Mynah can use the learned words and phrases to create a new sentences. Though they do not have the understanding of the meaning of the words they can be speak human language if taught.

Other birds which do not have the ability to mimic, do have other communication methods through complex calls. Birds communication has been evolved in several thousand years which is a complex process.

Can you see a bird’s ear?

Do Pigeons Eat Grass? All You Need To Know

1 thought on “Do Birds Have Ears? (Know Everything)”