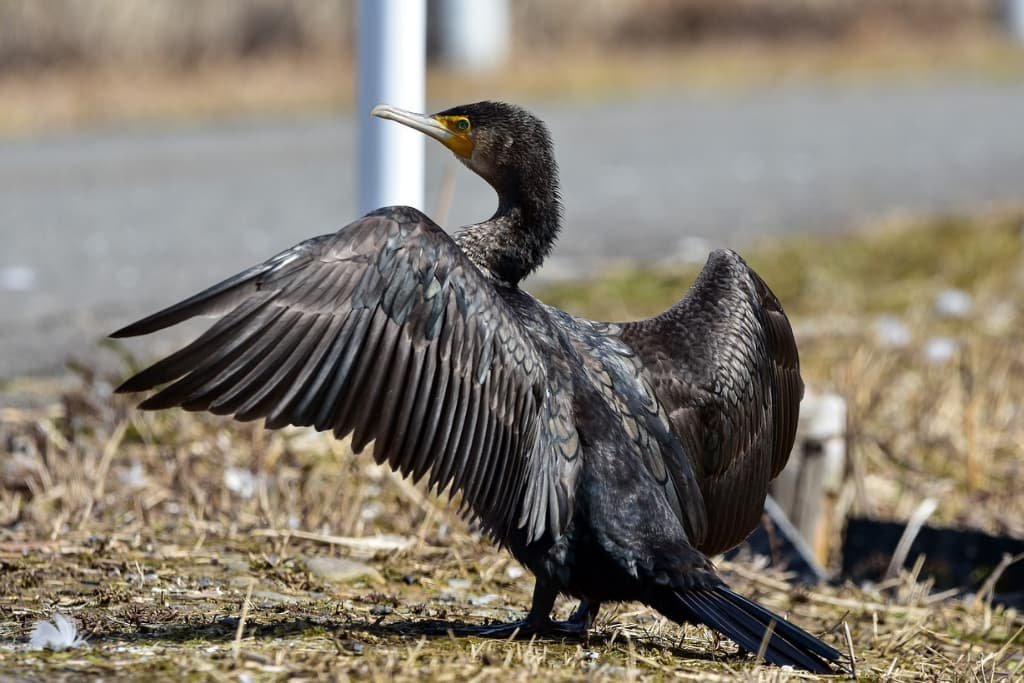 Except in two continents named Antarctica and South America you can spot the largest cormorant which is known as the Great Cormorant (Phalacrocorax carbo) throughout the world.

The Great Cormorant is a seabird that is large in size. These birds have wide and long-tail whose bottom is black. Their wings have darker black and brown shades with a sheen of green-blue. These birds have a look at the tip of their long and powerful bill which is yellow and black. The white lower half of the chin and face changes to an orang yellow shade close to the bill. Their legs are short and black. Each foot has toes that have four webs. However, their thighs are filled with patches of white colour during the breeding season. 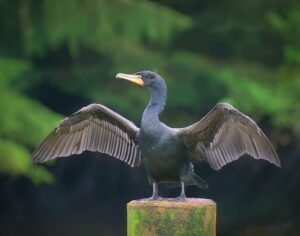 When these birds are lonely they are generally quiet however when they are in a colony while nesting they make low guttural grunts in a sequence.

What does a Cormorant eat?

The primary food of cormorants is fish as they can consume almost 0.5kg of fish every day. Depending on the freshwater their diet fluctuates. For catching fish, cormorants ‘duck dive’ using their wings. They can go up to a depth of 10 meters with their long sharp beak to catch fish underwater. 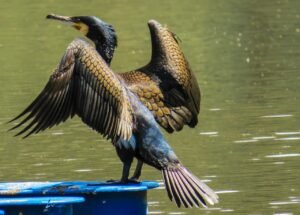 Where can I see Cormorants?

Originally, cormorants are residents of Rocky shores, coastal areas, wetlands, and estuaries. However, in the UK they are more often seen near reservoirs, freshwater lakes, or rivers. These birds are seen near coastal areas so that they can gather and nest in large numbers. Cormorants are social birds as they like to gather in large folks. They are usually seen on the water with their body half-submerged with uplifted straight neck and head.

Cormorants are mostly confused with shags. However, there are some differences between them. When compared to the forehead, cormorants have sloping foreheads whereas, shags have a sharp forehead. They also differ as per their habitat. Cormorants are social and migrate inland whereas, shags live in isolation near the coast. However, they are similar in opening and drying their wings after diving and feeding. 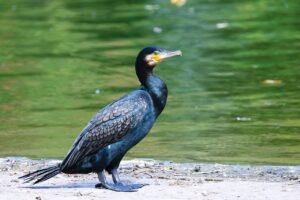 How do Cormorants breed?

As cormorants are large birds, they have a huge and heavy nests. They choose tiny caves or cliffs and sometimes trees as a destination for nesting. They build their nest with stems, wood, animal waste, and seaweed. From April to May the female cormorants lay pale blue eggs. In a squeeze, they lay 3 to 4 eggs which are hatched by both the parents. The cormorants who live on coasts have a shorter breeding season than inland ones. 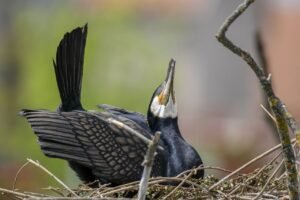 How long do Cormorants live for?

Greater Cormorant has been recorded to have a life span of twenty years but an average lifespan is eleven years.

What is a group of Cormorants called?

There are several collective nouns to name a group of cormorants- 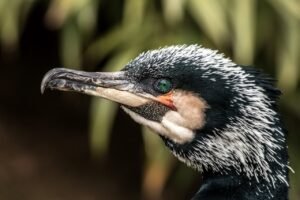 How to Identify a Male and Female Robins

Do Pigeons Eat Other Bird Eggs?