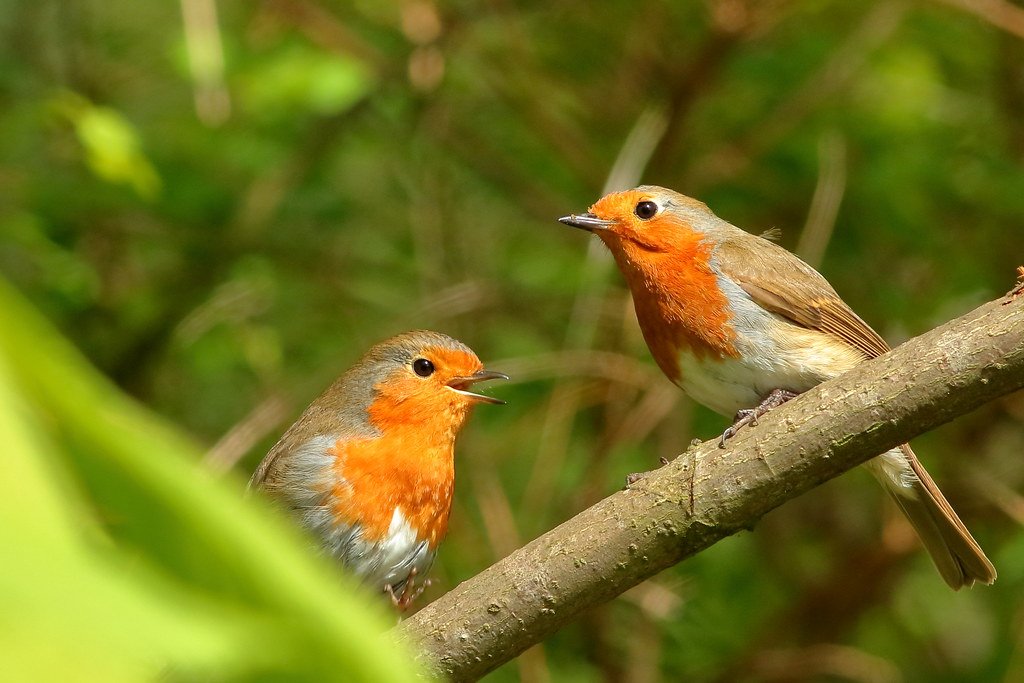 Differentiating between a male and female Robins is quite a complex thing. Even with years of experience, ornithologists cannot spot the difference between them just by their appearance. The only way to differentiate between them easily is by conducting a DNA test.

You might have seen two robins at the same time and place, which is likely to be a male and a female. As male robins are highly territorial they allow only female robins for mating in the season of breeding. 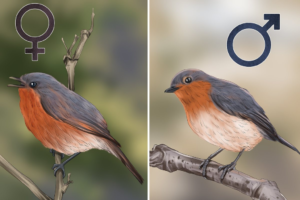 Mostly male robins are larger than females, however, in some circumstances, it changes. Female robins might appear larger when they are carrying their eggs. Robins have a small peak on their head but females have V-shaped whereas, males have U-shaped. But to see that you need to view that from the top. So it cannot be used as a basis of difference. 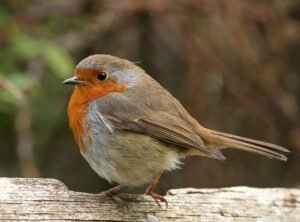 From March to August, it is likely that you can spot a male Robin feeding the female Robin. This is due to the breeding season and robins consider it as a ritual of mating. If you see a Robin making a nest and incubating the eggs, then it’s the female one. Whereas, the Robin protecting the territory and feeding is the male one.

Another basis for differentiating between a male and a female Robin is the color intensity of its chest. It is believed that male robins have a brighter redbreast than females. As per recent studies of spectrometry, this basis of difference is confirmed, however, it is very difficult to differentiate. 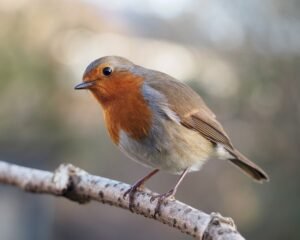 It is a misconception that a female Robin lacks a red breast. However, it is not the truth. It is the juvenile robins who lack red bibs. Another misconception is that only female robins have wings with white bars. However, the males have it too.

Which am I most likely to see?

As per the statistics, male robins are more often seen than female ones. These statistics prove to be more correct during the breeding season as the population of male robins increases in the gardens.

What is the State Bird of Georgia? Facts with Pictures

What is the State Bird of North Carolina? (And Why with Pictures)