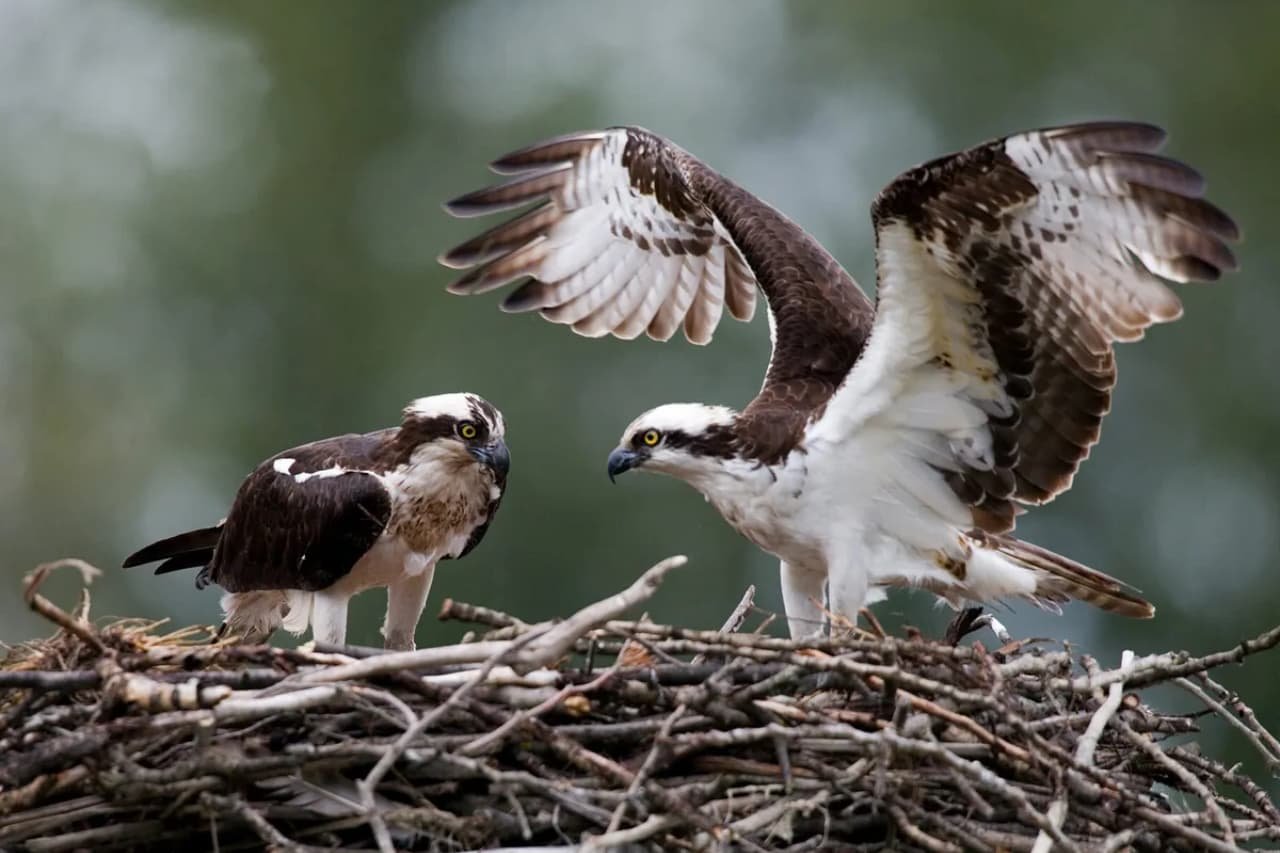 Osprey birds belong to the phylum chordata and subphylum vertebrata. They are large-sized prey birds with a wingspan of 5 feet. Their upper parts are dark brown in color, and their underparts, like the throat, belly, and chest, are white in color. Both the genders of ospreys have similar looking plumage which is spread all over their bodies with a long tail. Ospreys are found globally, everywhere except Antarctica. If we take a look at our history, we see that the ospreys are still recovering from the use of the pesticide DDT, which caused infertility and breeding failure due to egg shell training. Keeping in mind these consequences, the government finally banned DDT in 1972 . The male and female ospreys look similar when you see them from a distance, but there are many differences. Let’s look at the differences in detail: 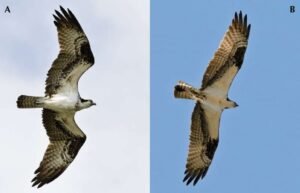 Differences in size and weight of Male and Female Ospreys

Ospreys are 20% larger and heavier than their male counterparts, and you can easily identify differences between the two genders of osprey. The tails and wings of female ospreys are also longer than those of male ospreys. Females generally weigh in the range of 1600 g to 2000 g, whereas the weight of males is approximately 1400 g.

How Do Birds Communicate With Each Other?

Females have a breast band, which is obviously absent in males. Females’ chest spots have some spots and streaks. They have a darker chest band known as a “necklace” in comparison to male ospreys. However, there is no distinctive difference between the spots and streaks of male and female ospreys. Therefore, it is difficult to identify male and female genders on the basis of the density of dark spots in the chest band area. 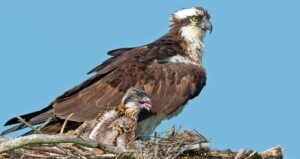 There are distinctive behavioural differences between the male and female osprey, yet they enjoy spending time together during the breeding season. Some ospreys return every year to a specific nest site, which is mostly near water or at the top of a tree. Male ospreys hunt for food by diving into the sea while the female ospreys sit in the nest built by the male ospreys. The females take care of the eggs by sitting on them and incubating them. It has been observed that after mating, both sexes spend time together, talking to each other and hanging out in the nest.

Male and female have different roles while building a nest, the main role of a male osprey is to collect the sticks from different places and bring them together while the female uses these materials to make the nest, male and females together decides the location of the nest which can act as a safe place for their eggs. Male ospreys have a role of hunting food for their chicks and female osprey while the female plays a role of incubating the eggs, males also take part in the incubation process when the female moves out of the nest, both the partners are required to protect, nurture and raise a young chick.

Birds usually use songs and calls as the two most common methods of communication so does ospreys both the males and females uses calls and songs as a mode of communication, male sing songs to attract their female partner during breeding season, female uses alarming calls whenever there is a predator nearby they also use begging calls to their male counterparts for arrangement of food so even though the modes of communication is same the way of expressing is quite different in both the genders.

Males have a protective behaviour especially in the breeding season when the eggs are in the nest, the males follow their female partners everywhere and keep track of any predator or male rival that might be a threat for them.

The display of courtship is mostly done by the males, they display a dramatic scene while flying upside down, from the left to the right in order to attract the females, they also sing songs during the breeding season so that their female counterparts can hear them and participate in mating.