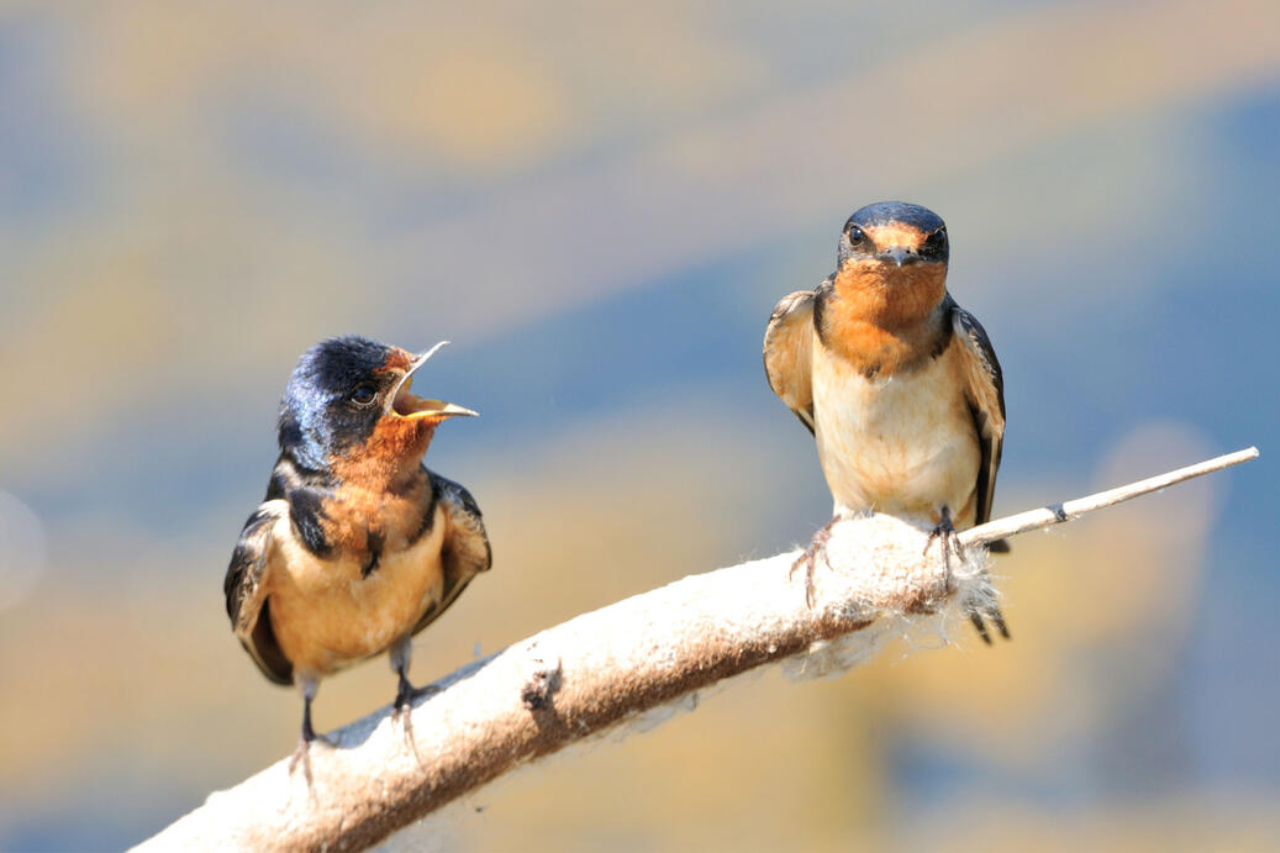 How Do Birds Communicate With Each Other?- Our mornings are often filled with birds chirping all around us, and that’s what makes the environment even more beautiful. When you look out your window, you might hear many birds singing songs and making different kinds of noises. These sounds are not just chirps. This also demonstrates different types of behavior and communication that birds use among each other. They are highly communicative in nature, not just through their vocals but also through their body language. They produce sounds in every pitch to demonstrate fear, love, happiness, threat, etc. This article will uncover many of their communication secrets, so read ahead to find out more.

Birds use two types of vocal communication, i.e., songs and calls. Songs are used by birds as a mode of communication to attract their reproductive partners. For example, sparrows produce beautiful songs that are pleasing to our ears. Usually, male birds sing songs to attract the female partner and to communicate that they are available for mating. The quality of the birds’ songs also determines their health and fitness. Through songs, they are able to communicate their message loud and clear. 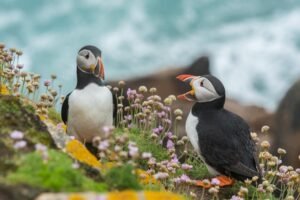 Birds use small calls to communicate with each other and to stay in touch while they are flying in a group. These calls are shorter and easier forms of communication, as the sound has to reach the other birds as well, it has to be loud and clear, but sometimes this sound might also reach the predators, and that’s when they use alarm calls to make other birds cautious of the predators. These alarm sounds are high-pitched and louder.

How Fast Can an Ostrich Run? Surprising Facts

For example, all these movements are used by the birds to express their emotions. For example, tail flipping and beak rubbing represent that the bird is trying to communicate a red alert due to a predator to the nearby birds. Birds express their happiness by flying upside down in the sky. All the emotions like nervousness, fear, anger, happiness, and love are expressed by birds with various body languages. When you closely interact with these birds, you will start to understand their body language and the emotions behind it. 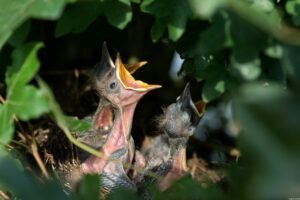 Birds communicate through visual communication with other birds. Their visual display represents their emotions on various levels. Different people interpret different meanings through the visual display of a bird. For example, a beautiful peacock dancing in the rain with all its feathers opened up is trying to attract its partner. Similarly, a king-fisher sings songs to communicate messages to other birds. Some birds show sudden movements like a quick flap of wings, puffing up, or raising their crest. All of these indicate aggression or excitement.

We can observe their behavior, body language and sounds to understand their emotions and feelings and even their species, as birds of every species sound different, which helps us to distinguish between various birds.

What Are Some of the Most Common Sounds That Birds Make?

Coo – This type of call is often used by birds to sign that they are content and feel relaxed.
Warble – These sounds are made when the bird feels threatened, but it’s not in immediate danger, such as during the mating season, where males may need to sing louder than normal to defend their territory.
Chick-a-dee call – This is when the American Robin waves its tail side-to-side as it sings.
Urgent call – These are sounds made when there is an immediate threat, such as during the mating season, where females may need to sound an alarm to defend their babies or nest.
Chip-chip call – The White-breasted Nuthatch makes this sound while it’s foraging for food in trees or climbing down from them.
Purring – The American Robin will make this sound when it’s been frightened by a predator and then flies to safety.
Peep – This is a sound call that baby birds usually use to get the attention of parents or other adults in their family group. Sometimes, this type of sound can be made at any time, and it could indicate hunger or illness as well.
Screech – These are high-pitched sounds that some birds use to indicate danger.
Whooping – This is a sound that some birds use when they feel threatened, and it’s often used by species who live in the vicinity of humans or other types of domesticated animals. 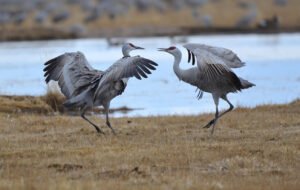 Random facts on communication between birds 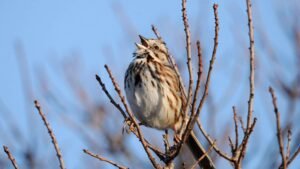 Can two different species of birds communicate and understand each other?

If you observe birds, they can communicate with each other. When there is a territorial dispute, they communicate through their calls, and the other species easily understand their communication. If we take the example of ducks and swans, they have a mutual give-and-take relationship with each other as swans can fight off many predators, which makes the ducks nearby feel protected, whereas ducks signal the swans of any predator nearby because the swans mostly have their heads inside the water in search of food.

What information is communicated when birds sing?

Birds communicate various emotions and messages through their songs. Most of the songs are used to attract mates, analyze companions, find food, protect themselves from predators and demonstrate territorial behavior.

How do parrots communicate?

Parrots are one species that can speak the human language, so while they are communicating with humans, they can slowly learn their local language and communicate easily, but when we consider communication between two parrots, they usually use both the vocal and visual communication methods mentioned in the article. 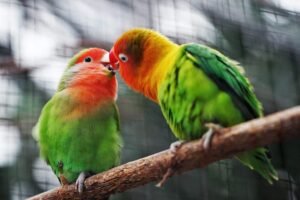 Can you communicate with birds through whistling?

Well, it depends from species to species. Some birds, like the African Grey, are good at communicating via whistling, although a good deal of practice is required from both humans and birds in order to develop this kind of communication.

Raven Vs Crow: What Are The Differences?